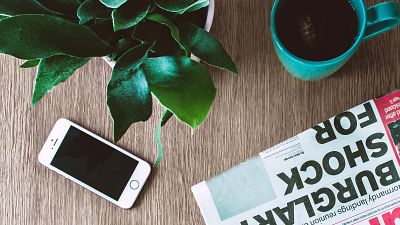 2019 has been a year of huge ups and downs for the environment. While sustainability came to the fore of social and political conversation, the heightened awareness came alongside stark warnings for the future of the planet.

Facebook’s trends report showed particularly in Europe and North America, issues surrounding sustainability are coming to the fore of people’s minds. In Germany and the US, the future of meat was under discussion as Facebook users demonstrated interest in alternatives to meat as well as plant-based and flexitarian diets. Meanwhile, in Sweden the focus was on reshaping the fashion industry to ditch the inherent waste and Brits were interested in getting their hands on pre-owned goods.

These are the sustainability stories that stayed with us

The year kicked off with a record 250,000 people ditching animal products for the biggest ever Veganuary. The charity behind the month-long pledge calls on people to say no to meat, fish, eggs and dairy for 31 days for health, environmental and animal welfare reasons.

The first month of the year has also become synonymous with a veritable deluge of new plant-based options bursting onto supermarket shelves as consumers look for ways to eat more healthily.

Instead of the traditional plastic bottles, runners in the 2019 London Marathon were handed seaweed pouches along the course’s rehydration stations. The edible pods, filled with Lucozade, aimed to quench thirst and put an end to the thousands of plastic bottles discarded along the course by exhausted participants each year.

Hailed as breakthrough in the battles against single use plastic, runners were free to swallow the seaweed casing or discard it, where it will quickly biodegrade.

Little demonstrates the determination to go green like getting an electric car. In March, rumours abound that the global phenomenon Bond film franchise would feature its namesake at the wheel of a zero emissions Aston Martin Rapide E.

Though these rumours are yet to be substantiated, there were plenty of developments in the world of electric motor vehicles. In March, a new contender for the title of fastest road car in the world was unveiled. Not only does the Pininfarina Battista come with a £2m price tag, but it’s all electric.

Meanwhile, car giants like General Motors, Volkswagen and Tesla unveiled their plans for a host of new electric cars over the coming months.

Socially and environmentally responsible investing boomed in 2019. Investments in green funds with environment and social governance (ESG) criteria exploded by 34% in the last three years, according to Business Green. Even more funds decided to add ESG stipulations in a bid to take advantage of the surge in conscious capitalism.

The newspaper also warned workers across Europe should radically cut down their working hours as a last ditch effort to prevent average temperatures rising more than two degrees Celsius. The swingeing cuts recommended by thinktank Autonomy suggested British workers would have to go from 40 hour working weeks to just 9 to save the planet.

Forests twice the size of the UK are set to be destroyed to make way for soy and palm oil production, Greenpeace warned this summer. Cautioning against “climate and ecological collapse”, experts said diets heavy in meat and palm oil were showing no sign of slowing down. Globally, meat consumption is set to soar by 76% in the next 30 years, having a knock-on impact on soy production which is needed to feed the growing livestock numbers.

The convenience of palm oil in mass produced food is set to contribute to a 60% rise in palm oil production. It comes as much of the palm oil production industry came in for repeated criticism for unsustainable practices, including burning forests to clear way for new plantations.

Just ahead of the summer rush hotels giant IHG, owner of Holiday Inn, Crowne Plaza and InterContinental, announced a ban on miniature plastic toiletries in its rooms and suites. Its entire estate comprises nearly 843,000 rooms, meaning the ban will prevent around 200 million mini plastic bottles finding their way into bins.

It came alongside news that single use plastic bag sales had fallen 90% in the UK since introducing the a 5p per bag charge in 2015.

Usually, very little happens in August as it is traditionally the month that most of Europe heads off on their summer holidays. Time magazine’s Person of the Year Greta Thunberg chose a very different type of vacation, however. The 16-year-old Swede hopped on a solar powered yacht to cross the Atlantic Ocean from Plymouth, UK to New York City, US to attend the 2019 UN Climate Action Summit.

Thunberg’s dedication to eco-friendly travel choices made headlines around the globe – even when it emerged several people were flying into New York to accommodate the return trip.

This month will likely be best remembered for mass walkouts from school and work across the world, as ordinary people knocked off work to demand the world’s governments do more to tackle climate change. Protesters took over vast swathes of major towns and cities across the globe to demonstrate peacefully. However, in London, some chose to block roads and traffic causing tensions with police.

All of this made it much easier for news outlets to dedicate more of their reporting to climate change, even though 170 signed a pact to give more time to climate and environment related news for a week during September.

Wind power became cheaper than gas in October. In Scotland, wind turbines generated almost twice the entire country’s domestic power requirements in the first six months of 2019. That puts the UK on track to meet its goal to generate a third of its power from wind by 2030.

The harsh realities of man’s impact on nature hit home when it was announced the last Sumantran rhino in Malaysia had died. The species is now all but extinct, with just 80 Sumatran rhinos living in Indonesia.

National Geographic blamed the loss on habitat loss as humans move in to appropriate land for agriculture and building, in addition to years if poaching.

Story of the year

The environmental story of the year must be the fires raging throughout the world's forests.

Many acres of rainforests in the Amazon in the summer, resulting in mass hysteria after evidence from Brazil's space agency and Nasa was reported in the press. As the year progressed, it was found there were similar fires raging in Indonesia to make way for food production and agricultural land. To close out a bad year for trees, wildfires in the Australian outback approached Sydney.

Here, we asked what can you do about the rampant fires.

The EU’s Green Deal is ambitious. But its success rides on its most controversial part ǀ View