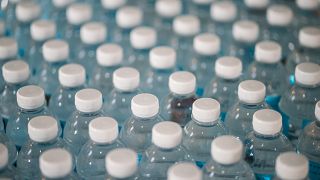 European countries together recycle less than a third of the plastic they throw away, says a new report by Statista. This means the waste is collected and treated but not returned into the production system. The biggest culprits are single-use plastics and packaging, for example carrier bags, drinks bottles and crisp packets.

Europe produces 60 million tons of plastic. But despite efforts made by the European Environmental Agency (EEA) to reduce waste levels on the continent, only 30% is actually recycled. Waste management differs among European countries. Germany is leading the way in recycling, with only 0.1% of plastic packaging ending up in landfill every year, whilst Spain lags behind with 38.2% heading to landfill.

Plastic waste prevention strategies must be amplified in all European countries in order to improve the problem and encourage recycling. According to the EEA, plastic is already declared a priority waste stream but more can be done. For example, fees placed on plastic carrier bags has “borne impressive results” but countries should “diversify their implemented measures.”

Plastic destroys oceans and even poses risks to human health

The “miracle material” has made modern life possible, as it is inexpensive and durable, but over 40% of it is used just once. Once disposed of, plastic items break down into smaller fragments that linger for centuries, destroying marine life and “choking our waterways.”

According to National Geographic, these micro-plastics could then make their way into us, via fish and shellfish who consume them, posing potentially damaging risks to human health.

“Every year five million to 14 million tons flow into our oceans from coastal areas. Sunlight, wind, waves, and heat break down that material into smaller bits that look—to plankton, bivalves, fish, and even whales—a lot like food.”