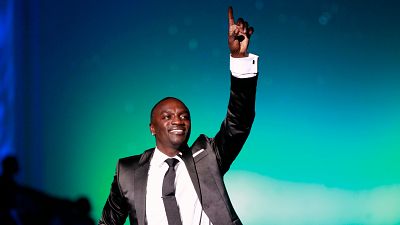 Noughties rap legend Akon has come a long way since his days topping charts with the likes of Smack That and Lonely.

The American-born rapper became a philanthropist and business magnate, focusing his attentions on Senegal where his family hails from and where he spent a significant portion of his childhood.

Since his musical success, Akon has been active in less prominent roles in the industry, setting up multiple record labels including Akonic, Konvict Muzik, Akonda and Jamakon.

The wordplay enthusiast also founded his own cryptocurrency – dubbed Akoin – which is available in all 54 African nations, in addition to a philanthropic work.

And now, as one of its most famous children, he’s set to build his own city.

Linked to the Diamniadio Lake City in planning, Akon told US DJ and presenter Nick Cannon the business district would come to be known as Akon City.

The futuristic city is set to become of Senegal’s first Leadership in Energy and Environmental Design (LEED) certified cities, aiming to compete with sustainability projects around the globe by using innovative materials that protect the natural environment.

“It’s all renewable, the Akon-tainment solar city,” he told Cannon.

“It’s all renewable. A real physical place, it’s going to have a real airport. It’s a 10-year building block so we’re doing it in stages.”

Meanwhile, buildings with roofs and facades constructed to incorporate the latest in renewable energy technology, while green roofs are set to minimise energy loss. It builds on Akon’s expertise in lighting, following the success of his Akon Lighting Africa project which claims to have brought lighting powered by solar energy to around 600 million people in Africa.

Details on the rapper’s exact involvement with the build remain sparse but it is reported that the city will be equipped to deal with transactions in the Akoin cryptocurrency.

Building work on the Senegal city broke ground earlier this year, with the developers planning for it to bring Senegal firmly to the forefront of African financial and political landscape, providing easy access to United Nations offices 5km away and links to a new airport.

The under-construction Diamniadio Lake City is drawing inspiration from traditional Senegalese artwork and nature in its building designs. According to its website, sculptures of women and the country’s national tree formed part of the inspiration for the fluid building plans and distinct lack of straight lines and angles.

It will also be accessible, with plenty of pedestrian access offered by a network of pathways and walkways that lead to the central promenade, open onto the central plaza of each district, and link the buildings and different zones together and surround thee natural lake.

City planners are also choosing to hide cars with plenty of underground parking in a bid to accentuate the city’s pedestrian-friendly credentials.