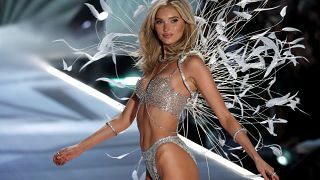 Lingerie giant Victoria’s Secret has announced its 2019 annual fashion show will no longer go ahead. The news follows multiple controversies facing the brand over the last year, including accusations that shows lacked diversity and were sexist and outdated.

Once a long-awaited pop culture highlight of the year, the Victoria’s Secret fashion spectacle used to appeal to millions, heralded for its flamboyant outfits and top supermodels. But recently, ratings have plummeted and parent company L Brands has reported a net loss of $252 million, says the BBC.

Stuart Burgdoerfer, L Brands' chief financial officer has said that the decision to cancel the show is due to a rethinking in marketing strategy, commenting that it was important for a brand to “evolve.”

"We're figuring out how to advance the positioning of the brand and best communicate that to customers,” he said.

In 2018, The New York Times reported on the brand’s stocks falling. “Fewer women want to hear” about Victoria’s Secret, the newspaper claimed, reporting that the lingerie brand was clinging to the idea that “women should look sexy for men.”

Perhaps “the push-up bra may be finally going the way of the corset”, it asserts.

Ethical fashion ratings platform 'Good on You' gives Victoria’s Secret the overall rating: ‘Not Good Enough’. It claims the lingerie brand does not use eco-friendly materials in its collections and does not appear to have set a greenhouse gas emissions reduction target. It has, however, set a deadline for the elimination of hazardous chemicals by 2020 and complies with a Restricted Substances List.

As far as ethical manufacturing is concerned, no worker empowerment initiatives such as ‘collective bargaining’ or ‘rights to make a complaint’ are in place and the brand has made “little to no progress towards ensuring payment of a living wage.”