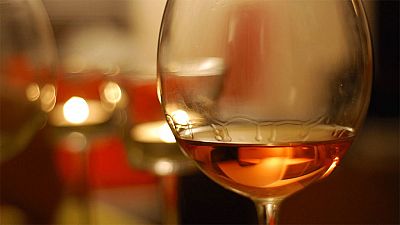 Sometimes flippantly referred to as “the fourth wine”, orange wine has caused quite the stir in the world of wine in recent years. Challenging perceptions and palates across the world, we encourage you to delve a little deeper and you’ll come to discover that the process of producing orange wine is ancient - older than the Pyramids and Stonehenge. Therefore, orange isn’t the new black, or the new white for that matter, but the very beginning of wine itself.

What is orange wine?

Firstly, what actually is an orange wine? In basic terms, it’s a white wine that is left to ferment with the grape skins and seeds still attached, similar to the process of making red wine. The lengthy period of skin contact between grape and juice gives the wine its unmistakable orange hue. This can vary depending on the grapes used, from luminous orange to warming amber. The process is wholly natural and one that doesn’t require or necessitate the use of additives. The allowance of oxidisation makes orange wines vastly different, giving the wine a funky taste and varying degrees of sourness.

Related | **Brewers across the globe are foraging for better beer **

Where does it come from?

Despite the meteoric rise in popularity and acclaim, orange wine cannot be dismissed as another ‘fad’, here this season, gone the next. Orange wines have been produced and enjoyed for thousands of years, originating in the Caucasus region of modern day Georgia. The Georgian ‘Qvevri’ process of making wine has achieved UNESCO status in recent years, cited as being of ‘intangible cultural heritage of humanity’. Qvevri are the name of large egg shaped earthenware vessels that ferment, age and store the wine in cellars. Archeological evidence has dated some of these vessels as being 8000 years old. It is clearly evident that the Georgians are proud of this heritage and for producers such as the Alaverdi Monastery, little has changed since the 11th century, it simply hasn’t needed to.

What is the flavour?

Now winemakers from all four corners of the globe are emulating these ancient techniques (using clay amphorae when Qvevris aren’t available) to produce their own orange wines, each with their own unique flavours and qualities. After all ‘orange’ is an umbrella term just like Red or White. Whether single grape or blends, the flavours at play are vastly different and sometimes more akin to Sherry, Belgian lambic beer and Cider. Eastern European orange wines tend to be nutty, oaky with a sourdough bread like savouriness. Those from warmer climates such as Spain or California tend to display lighter fruity flavours, such as apple, peach, pear with a honey like sweetness. And others are just downright strange, exhibiting smokiness and herbal qualities not too dissimilar to a lapsang or oolong tea.

The reputation for being a ‘food wine’ has led orange wines to burst onto restaurant wine lists all over the world. They do more than possess a middle ground between White and Red though, their unconventional nature and unashamedly bold flavours bring something new to the table altogether. As well as more complex flavour profiles, the body of orange wine is fuller than whites, making them especially suitable for matching with spicy food. But it’s not just limited to hot dishes, orange wines with their nutty, tart flavours are equally suitable with fish, white meats, some even with red meats. This versatility has made them extremely coveted in the gastronomical world.

Why has there been a resurgence in its popularity?

There are a number of reasons why there has been a resurgence in popularity for orange wine. Firstly, it really is like sipping on history, in the case of many popular Georgian producers it is a process that has remained virtually untouched for thousands of years. The process itself is very much hands-off, no need for additives, machinery or extensive labour, just time. Furthermore, the wines themselves are so different and interesting, it’s no wonder why they have become popular in this regard. Flavour profiles and an appearance that stands out in sometimes grey and uninspiring wine lists. No other style of wine contains as much scope and such a complex array of flavours. With producers from Europe (Slovenia, Greece and Italy especially) and the US helping to put this style back onto the map. The future isn’t just looking bright, it’s looking orange.