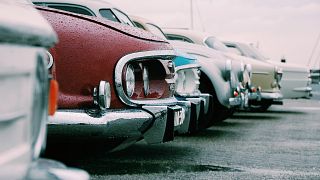 There’s a reason car bodywork is often referred to as ‘coachwork’. It’s because the earliest cars were little more than motorised version of horse-drawn coaches with passenger compartments usually made from wooden skeletons clothed in more wood, leather or fabric. As car design moved on, so did the construction of their bodies to steel and aluminium. Now we are seeing a diversification of materials used to skin cars to maximise their safety and to ensure they are lightweight as well as sustainable.

This heralds a period of development and innovation that hasn’t been seen since the introduction of carbon fibre to Formula 1 racing cars in 1981. Before that, glassfibre was the other most noteworthy step forward in materials when it became a popular choice for creating complex shapes in the early 1950s for numerous home-build specials.

Today, the development of new materials is being undertaken in a more structured and scientific manner. This is clear from the approach being taken to creating carbon fibre that’s cheaper and easier to produce. Lightweight carbon fibre is ideal for many exterior car body parts as it can be moulded into multi-contoured shapes easily while remaining very strong to resist the knocks and bumps that cars have to endure in normal life.

Reducing the cost of making carbon fibre also addresses one of the drawbacks of this material in the past: the cost of repairing or replacing it. For example, fixing Rowan Atkinson’s McLaren F1 with all of its carbon fibre parts is thought to have been the largest ever vehicle insurance pay-out in UK history at £910,000.

Today, we find carbon fibre in use across many mainstream cars, though it tends to be used in strategic areas where strength and lightweight materials are crucial. Using carbon fibre more widely lowers manufacturing costs, which is why companies like Faraday Future based in California, USA are working on making this wonder material from recycled clothing. By breaking the materials down to their molecular level, it’s possible to re-engineer them into carbon fibre.

Related |If you could fly cleanly, would you?

Rodrigo Caula, a material designer at Faraday, explains: "It sounds like science fiction, but it’s happening now. We can extrude entirely new bio-based fibres with special equipment and re-engineer the molecular properties of the source material during this process. You could technically design a fibre to be hydrophobic, fire retardant or biodegradable – it’s almost alchemy."

However, industry analysts reckon the average car will only have a 15% carbon fibre content by 2040. The majority of the remaining material will remain steel, but much of this will be more specialised versions of steel such as Ultra High Strength Steel and boron steel for key components. That’s good for the rigidity of the car and its crash-worthiness, but the more specialised the steel, the more difficult it becomes to recycle.

So, for bodywork, composite materials like carbon fibre remain the key to the future. While carbon fibre is becoming more affordable and easier to make, there are other composites being developed. Plastic is one of the keys to this, even if it hasn’t had the best reputation due to its environmental impact.

Related |Zooming in on the future of electric motorcycles

Interior panels made with plastic waste found in the oceans

For vehicle use, plastics are now being developed from the same material that has been taken from waste sources, either from recycled packaging or even extracted from the sea. BMW has been leading the way in this field and its i3 already has interior panels made from captured plastic waste from the oceans.

Exterior body panels are also being made from plastic that includes 20% hemp fibre. Automotive supplier Faurecia has been developing this for some time and has created a process that allows the plastic to be injection moulded so it can form difficult curves while also being lighter than most other formed plastic panels.

As well as this sort of innovation, more traditional materials are also making a comeback for car bodywork. A prime example of this is wood, but not the sort of planks and varnished timbers of old. Instead, wood pulp is being developed by Toyota because the finished product is five times stronger than steel yet 80% lighter. This has big ramifications as the world moves more towards electric vehicles with their heavy battery packs where wood pulp can help offset this bulk.

Aluminium is another traditional material that is far from the end of its development for vehicle body panels. Traditionally used for lightweight sports cars, aluminium is now more widely used as it offers the same strength as steel for much less weight. That’s ideal for exterior panels and aluminium is also easier to work with when producing panels in bulk quantities.

Looking around all of the major motor shows in recent times, it’s obvious that car makers are diversifying their body panel materials. For some, environmental impact is the prime factor, but for others it offers the chance to pick from a greater choice of materials to suit very specific parts of a car’s exterior, which almost completes the circle back to the origins of coachbuilding.