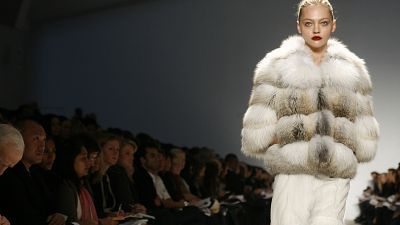 Last year, New York City was home to The Official Animal Rights March and now a burgeoning movement to outlaw fur is seeking to make its biggest statement yet in the fashion mecca.

Lawmakers are pushing a measure that would ban the sale of all new fur products in the city.

At the height of the fur business in the last century, New York City manufactured 80 percent of the fur coats made in the U.S, according to FUR NYC, a group representing 130 retailers and manufacturers in the city.

The group says New York City remains the largest market for fur products in the country, with real fur still frequently used as trim on coats, jackets and other items. There are estimations stating that the ban could cost the city over 1,000 jobs and close to €3 billion.

If passed, New York would become the third major American city with such a ban, following San Francisco, where a ban takes effect this year, and Los Angeles, where a ban passed this year will take effect in 2021.

Click on the video above to learn more about the proposal.