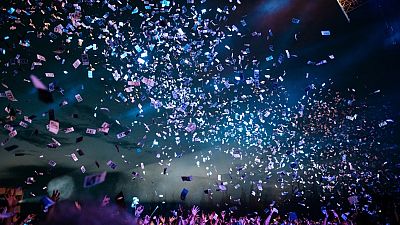 Across Europe, festivals are going green en masse. Glastonbury is banning plastic bottles and other festivals are promoting fair trade products and waste reduction, environmental brainstorming panels and solar panels. One festival, Paris' We Love Green, has based its entire raison d'etre on eco fun. But here are some of the slightly smaller but brilliant festivals across the continent that are not only the best music festivals in Europe, but also the greenest. Enjoy your summer of music.

The fields of the Garonne near the beautiful town of Marmande come alive every summer with one of France's premier festivals. Their green credentials include a commitment to recycle (last year they recycled 88 tons of waste) and re-use plastics, encouraging patrons to travel by SNCF train rather than cars, and cleaning the site is a super quick 10 days. Food-wise their 'Garoburgers', made with ingredients sourced from the immediate area around Marmande, supports local farmers.

Central Europe's biggest showcase festival takes place at WUK, a left-wing, eco-friendly venue that also hosts discussions and small-scale workspaces. There's a deposit scheme for beer cups so punters don't end up littering plastics around Vienna's beautiful streets. They don't use plastic or cans, all flyers and magazines are printed on 100% recycled paper, only locally sourced and eco-friendly food and drink is put on artists' riders, and all T shirts and tote bags are made from fairtrade cotton.

A ticket to Reeperbahn offers the holder free usage of the S-Bahn, U-Bahn and Buses in Hamburg's HVV transit zone, so you can buzz around at will seeing all the dozens of bands that show up at this classic city festival. There's always plenty of vegan food available too as veganism is big in Hamburg. Secret headliners in the past have included Muse, Liam Gallagher and The Get Up Kids.

Descending on Cologne's streets and reminding us that the city has a throb just like Berlin or Hamburg, C/O Pop is the key showcase for German-speaking bands and also a great weekend of music. Its green credentials are expressed with charity partnerships and plenty of organic food on offer. Last year a march to stop Germany's coal power industry threaded through the streets past the festival venues, naturally accompanied by a kicking sound system. This year the Europe-wide think tank Green Music Initiative arrives to run a panel discussion on making live music and music tech more green.

Czech out this interesting festival in the former mining city of Ostrava in Eastern Czech Republic. The venue is a masterclass in how to rescue a polluted zone and give it new life. The former coal, steel and iron plant has been scrubbed up and the industrial buildings have had new architecture inserted into them. Headliners this summer include Florence & The Machine and The Cure.

Prague's cheeky little festival (yes, named after nouvelle vague) showcases new talent from around Europe in a handful of cool venues in the hip western part of the city. They encourage travel by train rather than plane and by underground rather than taxi and the venues serve locally made, small batch wines and beers that reduce food miles.

Bratislava's newest festival is all about bringing Slovak music to the world and bringing the world to Slovakia to hear a variety of European bands. This kooky little fest will have shows that will point to the future of music. In the green stakes they recycle all rubbish and only use returnable cups for drinks.