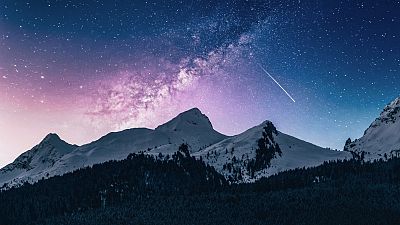 Some outdoor brands, by their nature, have a vested interest in preserving the outdoors. And this is exactly what these ones are doing, with various policies in place to help conserve and preserve the environment; from recycling and reducing wastewater to ensuring supply chains are sustainable. We looked at some of these big brands focusing on the environment.

Technical clothing manufacturer La Sportiva, based in Trentino, has been operating for almost a century. However, its range of technical footwear – from climbing shoes to ski-mountaineering boots – are a far cry from those it initially produced for farmers and lumberjacks in the region. Since its humble beginnings the brand adopted the ISO 14011 standard, focusing on environmental impact management, and has become a bluesign® member. Aside from these quite impressive credentials, La Sportiva has a program to reduce the use of PFCs – chemical compounds used for waterproofing that are considered to have potential adverse effects on humans and animals – in its products alongside a recycling program. It has also partnered with the European Outdoor Conservation Association to help support and promote projects throughout Europe.

Around since the 1970’s Vaude was the brainchild of German outdoor enthusiast Albrecht Von Dewitz – the brands name is supposedly how you pronounce his initials v. D – and is now managed by his Antje von Dewitz. Today, it maintains the same function as a brand catering to alpine sports enthusiasts. It prides itself on being the first outdoor company to be EMAS certified – the European Commission’s Eco-Management and Audit Scheme – as well coming top place in a nationwide ranking of sustainability reports. In 2016, the company joined forces with Greenpeace in its Detox commitment, aimed at reducing environmentally damaging wastewater involved in manufacturing processes and committing to prevent the release of harmful chemicals into the environment.

The Norwegian stalwart, Helly Hansen, now in its 142nd year, has been providing outdoor gear fit for extreme conditions for a long time. A member of the Ethical Trading Initiative Norway (IHE) since 2003, the brand has committed to supporting ethical standards across the supply chain, and is also a bluesign® member. As part of its drive to reduce damage to the environment, it is also attempting to reduce the use of PFCs in it’s the water repellent treatments across its range and says that while it has not managed to fully solve the issue it does now offer a small number of PFC free products. The company is also taking bacteria seriously and, pointing to some of the potential dangers from antibacterial substances – used in some textiles to reduce odor – which HH says it no longer uses in any of its products.

Another Norwegian entry, albeit slightly younger than its compatriot Helly Hansen, Norrøna began in 1929 as a provider of rugged outdoor equipment to counter the rugged Norwegian landscape. Catering then and now for the outdoor enthusiasts, the bluesign® member also aims to cater for the environment, each year donating 1% of its total revenues to organisations that promote sustainability through its Welcome to Nature Foundation. It is also big into recycling and its efforts in 2017 meant that 48% of its nylon was recycled as was 58% of its polyester. As stated in its sustainability roadmap, the company wants to be at 75% nylon and 100% polyester by 2020.

A longtime champion for the environment, Patagonia has a storied history with conservation and points to its activist roots reaching back to the 1970’s when the company supported attempts to help protect the Ventura River in Southern California. Since then the company has not let up – it now provides 1% of sales or 10% of pre-tax profits, depending on which is higher, to environmental groups. It also practices what it preaches, pointing to the fact the company has been using recycled paper in its catalogues since mid-1980’s, developing recycled polyester alongside Malden Mills for fleeces, eliminated dies using toxic metals and sulphides, and switched to organic cotton for 100% of its line. The brand also has the Worn Wear range, repurposing and repairing clothing to keep gear in circulation for longer. In 2007, the brand became the first to partner with Switzerland based technology company bluesign®, which its system to try and ensure sustainable textile production worldwide.