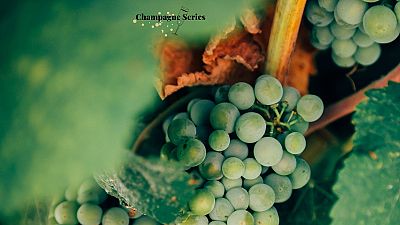 Anne Malassagne, owner of AR Lenoble, and co-founder of LA Transmission, returned from high-flying executive roles in Paris to the family business 25 years ago with a strong vision. “When I arrived, I hadn’t studied anything to do with wines, so I ignored everything, but I liked drinking champagne, and I still like drinking champagne,” Anne says as we tour AR Lenoble’s premises in the riverside village of Damery. “I wrote a letter saying where I wanted to be in 15, 20 years. Since then, we’ve never stopped improving: our strategy, the quality of the wine, our distribution, our labelling, our story.”

I recall to Anne the story of Lucile Proy-Goulard, a small grower I had met the evening before. Lucile took me in her outstanding original Citroën CV2 to her small collection of vines overlooking Épernay (with a perfect view of the Avenue de Champagne and Moët & Chandon’s gargantuan headquarters). Leaning on the Citroën, drinking her champagne and eating the best meat and cheese board I’ve ever had, we spoke of the problem of a lack of respect she had faced as a young woman in the industry. Despite owning and running the house herself, there have been times where other producers and important cogs in the industry have treated her differently, with instances of her father being listened to purely because of being a man.

Being a woman and succeeding in the Champagne industry

For Anne, this is a familiar story. Being a woman has made it more difficult to succeed in the industry, but this has changed in the time she has overseen AR Lenoble: “When I arrived, I was 28, and yes, you have to prove that you’re legitimate. You have to do more just to be considered as legitimate at your place.

“It’s changing. I’m not a girly leader, not at all, I just try to explain that there’s space for women, and please come and join us. Just do it. Because women sometimes think there is a glass roof above their heads that they must remain under. Peel back the roof and do what you want to do.”

It seems that many women taking on responsibility in champagne started young, with Anne at 28 and Mme Clicquot only 27. For Anne, taking control at 28 seems in stark contrast to women in society: “At University, you have more women than men, with excellent results. Ten years later, you have more men in key jobs than women. So what happened within these ten years? They were pregnant, they had children, and they heard ‘ah, but now you have to stay home, you have to look after your children’.

LA Transmission: representing all the key players of champagne

“When they were at University, they were leaders, very confident of their quality, but then they hear these things and stay home, have a part-time job or say ‘no, it’s difficult, it would be too much time to invest’. LA Transmission is here to say no, just be yourself, just do it. I’m sure you can do it."

The organisation is undoubtedly young - not much can be done to change an entire industry in two and a half years. However, time has never been an issue with champagne, and the women of LA Transmission are in it for the long haul: “It’s a long-term process, but we are used to working on long-term processes in Champagne. It’s not Instagram or Twitter. When you make a decision it takes ages to get a result, so we’re not in a hurry - but we are on our way.”

Anne is in an almost unique position to comment on the progress around her, having come up with the idea for LA Transmission along with Maggie Henriquez, CEO at Krug. Invitations were sent to a select, ego-free few, from international companies, to small growers, to members of cooperatives, across the entire Champagne region. For Anne, this is vital: “We represent all the key players of champagne, and also the different regions of Champagne, so that gives us a great credibility to speak on behalf of and represent Champagne.”

While LA Transmission has promoted women in champagne greatly since its inception, there are houses out there who have been flying the flag for much longer, such as Baron Albert, run by the three Baron sisters. Having taken over from the previous generation of three brothers, each sister controls a different part of the business - Claire as sales manager, Lise in charge of vilification and vine maintenance, and Aline looking after the factory, from elaboration of the champagnes to case packing.

Another is Carol Duval-Leroy, who took over her eponymous sixth-generation champagne house in 1991 after the death of her husband, having to deal with not only being the single parent of three young children, but a burgeoning business that was ready to take the next step. Her Chef de Cave, Sandrine Logette-Jardin, has been with her since the beginning, and the two women have shown a loyalty to one another that has been vital to their success:

“It was very difficult 25 years ago for a woman to become an oenologist, let alone become a Chef de Cave,” Sandrine tells me over Duval-Leroy’s signature Femme de Champagne (named in honour of Carol and all women in Champagne). “Carol needed people to help her: there was a strong partnership to start and to go on. It’s a support. She offered me two jobs - the first was to become quality manager, and the second to become Chef de Cave.

“In French we use the term devouement - devotion.”

The extreme situation in which Carol and Sandrine found themselves meant that extreme measures were in order. Technology has played an important part in the progress of Duval-Leroy, reminiscent of Mme Clicquot, who perfected the art of riddling, with Carol joining this long line of inventive women: “She fought,” says Sandrine. “She promoted industrial tools, she always accepts inventiveness, always accepts progress, and more and more facilities.

“She wanted to develop a brand, so it’s necessary to have good technology.”

I’m still thinking about the impact such a relatively small group of women has had on a multi-billion pound industry as I visit Vazart-Coquart & Fils (notice the ‘fils’). Jean-Pierre Vazart is a third generation winemaker, and has developed the brand into one of champagne’s foremost environmentally-aware houses. However, his final thoughts as he gives me a parting gift of a branded apron (too late for a summer barbecue, alas) are on the next generation: “Twelve years ago, I thought that if one day my daughter follows me, I should change the business for her. Now, that idea has changed to ‘if I want my daughter to follow me, I must change!’”

Three geese adorn the front of the apron, one for each of the three Vazart-Coquart generations. The inhabitants of Chouilly are nicknamed geese after a particularly robust flock 70 years ago that used to stop cars in their attempts to reach the river. As he hands me the apron, and I leave the house, he says “I hope to add a fourth one for my daughter”.

Here’s to more geese like this at the pinnacle of champagne.