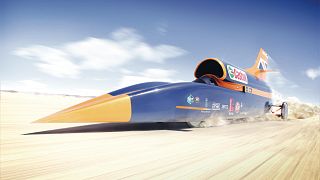 Seventy years ago this month, nobody knew if a human being could break through the sound barrier and survive. The US Air Force’s efforts had all ended either in failure or tragedy – until test pilot Chuck Yeager reported a ‘screwy’ reading on his Machmeter on October 14, 1947. He’d done it.

With both physical and psychological barriers removed, planes were soon speeding to Mach 2, 3 and beyond. By the 1970s anyone could follow suit by buying a ticket on Concorde. Yet it took 50 years – and one day – after Yeager’s feat for anyone to break the speed of sound on Planet Earth itself. 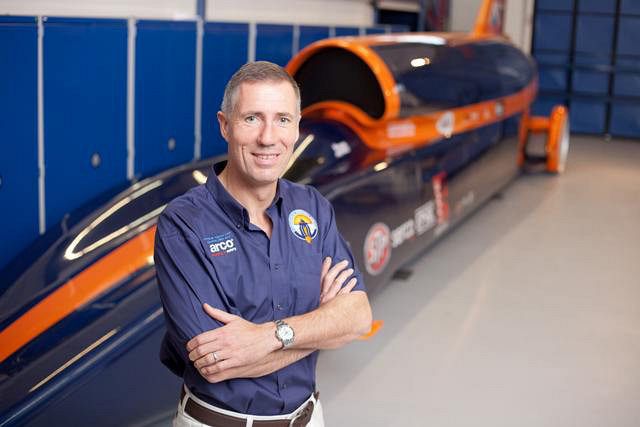 Then, on October 15, 1997, Britain’s Andy Green clocked an average 763mph (1227 km/h) over two timed miles in opposite directions at Nevada’s Black Rock Desert in Thrust SSC (Super Sonic Car). Green remains the only human to manage it, but he’s not ready to slow down yet. Now into his fifties, he is working with the Bloodhound SSC Project in a bid to pass the next big milestone: 1,000mph (1609 km/h).

Wing Commander Green is used to such extreme speed from his day job as a fighter pilot – but the fundamental principle remains that people don’t kill themselves in the air; it’s the ground that does the damage. That’s why in any land speed record bid the load on the spinning wheels, which will reach 10,000rpm (tr/m) at full speed, is matched by the load on the spinning mind of the human inside. 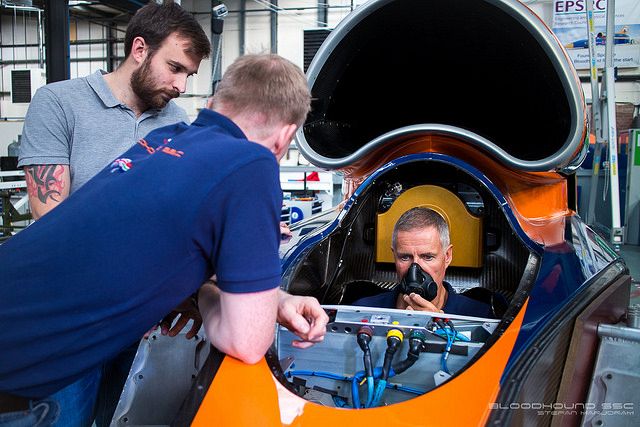 The timed mile itself lasts a mere 3.5 seconds but that is just one part of a brutal two-minute acceleration and deceleration. Green is not just holding on for grim life but monitoring a bewildering range of sensors and systems, any of which could suddenly destabilise the car. As the speed builds, so must his mental capacity.

‘The way your brain works at apparently abnormal speed is to remove uncertainty,’ says Green. ‘For a Formula 1 driver, it’s about doing the same lap thousands of times. In flying you do enormous amounts of study and simulation. The tricky bit for a land speed record driver is that the car may only run 50 times over the course of two years. So my practice will be very limited.’ 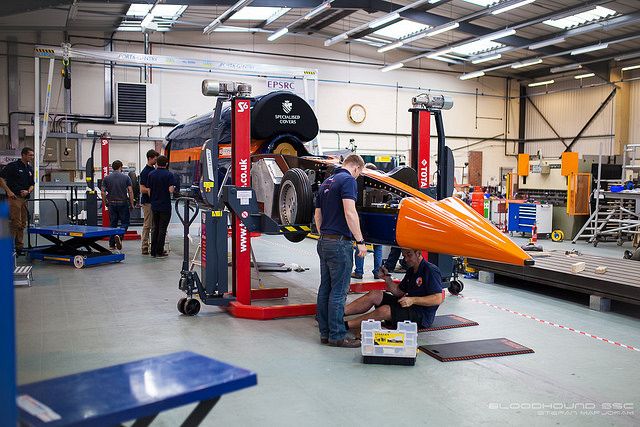 Bloodhound SSC will make its bow at Newquay’s Cornwall Airport later this month; ‘low-speed’ initial test runs up to 200mph (321 km/h). But with real-life preparation in such short supply ahead of the record attempt itself (planned for 2018 in South Africa) Green has to settle for the next best thing: visualisation.

This process is used widely in sport, from golfers to Olympians. But when your life is at stake, it’s almost universal. Five years ago this month (what is it about October?) Felix Baumgartner was the first to break the sound barrier – without an engine – after jumping from the world’s highest balloon trip. Felix told me he’d been there before: ‘I did this jump a thousand times in my mind. I think about how it will feel, what it will look like. Then when I finally do it for real, it feels exactly how it felt in my mind.’

Now it’s Green’s turn again to go even faster, he is similarly busy steering his future by watching endless rehearsals in the comfort of his own imaginary movie theatre…

‘If you go to the cinema, when you haven’t read the script you’ve got to grasp all that the first time,’ he smiles. ‘Normally it’s the third time you watch a film that you start to see the details. I need to see them first time.

‘So I must break the run up second by second, working out a sequence so I appear to be doing 15 things at a time when I’m really doing one thing at a time, very quickly one after another. I’m visualising already: “What will it be like? What can help me?” It’s picturing every aspect so when you get to the cinema the popcorn is ready to go.’