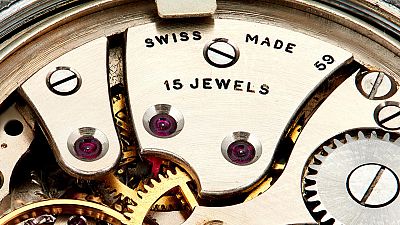 <p>Directed by Robert Aldrich in 1967, <em>The Dirty Dozen</em> is still one of the most recognised war films ever made. It is not the best, not by a long shot, but its mix of (then) edgy humour, high stakes action and redemptive character arcs more than help it stand the test of time. </p> <p>Unfortunately, while I could wax lyrical about Lee Marvin’s Major Reisman, that’s not what this particular Dirty Dozen is about. Instead, we’re here to discuss one of the most sought-after collection of watches in both horological and military history.</p> <p><img src="https://static.euronews.com/articles/39/24/392437/640x640_bonus-Vertexoriginal1.jpg" alt="" /> </p> <p>In case history isn’t your kind of thing, we had a lot going on here in Britain in the late 1930s to early 1940s. Across the channel Germany was kicking up a fuss and we decided to take affront to that. Unfortunately, when we did declare war on the Germans in 1939, nobody really thought about how we were going to time the whole debacle.</p> <p>At the time mechanical watches were vital for the front lines, especially when it came to radio operators and artillery spotters. We needed watches and, much as we tend to make fun of their militant neutrality, Switzerland came to our rescue.</p> <p>So, the Ministry of Defence commissioned hundreds of thousands of watches to fulfil their soldiers’ needs. Mass production wasn’t quite as big a thing back there so no single watchmaker was able to take it all on, resulting in timepieces from 12 different companies making their way to the British army.</p> <p>These included now household names like <span class="caps">IWC</span>, Jaeger-LeCoultre and <span class="caps">OMEGA</span>, as well as lesser-known names: Cyma, Buren and Grana to name a few. They weren’t all Swiss; British brand Vertex also contributed their fair share to the war effort. The final few were Longines, Eterna, Lemania, Timor and Record.</p> <p>The watches had plenty of similarities, displaying the same features, layout and overall style, not to mention the broadhead arrow marking them as Ministry property. Flip any of the watches over and you’ll see W.W.W stamped on the back – the designation for Watch, Wrist, Waterproof. They all however had their own unique personalities.</p> <p>Fast-forward to the present day and getting all 12 is an all but impossible task. The problem is that while they are individually not too expensive (think four digits) they are still very rare, especially in any kind of collector’s condition.</p> <p>The problem was that they went through hell along with the soldiers wearing them and came out with similar scars. They weren’t treated as the luxury items they are now but tools and the British army were less interested in preservation than they were quickly getting them back in the field, replacing parts with inferior versions cobbled together.</p> <p><img src="https://static.euronews.com/articles/39/24/392437/640x640_bonus-Vertexoriginal3.jpg" alt="" /> </p> <p>Then there’s the little issue of radiation. These early military watches used radioactive luminescent material to help them show up in low light and in the 60s many of these dials were replaced. Don’t worry though; your hair won’t fall out if you wear an original. Of course, out of the 12 some are far rarer than others. The Longines may be regarded as the most beautiful by some but the Grana – middling in looks at best – is the most sought after, with as few as 1,000 being made.</p> <p>The full collection does come up for auction every blue moon and for predictably exorbitant prices. It is this payoff as much as the prestige of the collection itself that has many a watch lover scouring vintage stores in search of that broadhead arrow. They can turn up anywhere (those returned to the MoD were shipped all over the world to other forces) so the hunt is never over.</p> <p>Still, if you like the watches and can’t bring yourself to spend the rest of your life hunting for them, that military style is still very much in vogue, perhaps now more than ever. Vertex has even come back from the dead to release a stunning modern interpretation of their original, complete with MoD arrow. It’s not the same of course, but not everything can age as well as 1967’s Dirty Dozen.</p> <p><strong>Writer: Sam Kessler</strong></p>