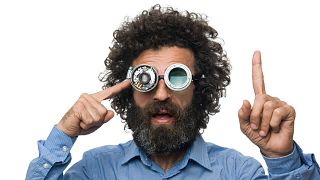 Excuse the obnoxious subtitle there. Something very early Dave Eggers came over me. But, it is definitely the case that on this day in history, a lot of things tangentially related to interesting things happened.

Let’s go chronologically and start with the invention of photography. It’s a medium that changed the arts forever. The advent of photography would push painting away from realism, pave the way for cinema, and open up an entire new understanding of captured motion.

On this day in 1839, English inventor Henry Fox Talbot debuted a set of paper photographs he’d made in 1835 to the Royal Institution. Talbot chose that moment as French inventor Louis Daguerre had just announced the Daguerrotype, what would become the first commercially available photographic process.

While Talbot’s invented process for photography did predate Daguerre’s, it also wasn’t the first. That honour goes to Frenchman Nicéphore Niépce in 1826.

So for our first semi-significant moment, we have the exhibition of photographs by someone who’s not the first inventor, and also not the first to publicly announce the invention.

On to the next: telephones!

If you’re in any way invested in the history of the telephone, you’ll know that a lot of the credit generally rests on the shoulders of Alexander Graham Bell, the Scottish scientist who registered a patent for something akin to the modern version in 1876.

You might also know the historical beef between Bell and Thomas Edison, the American inventor and businessman who, admittedly came up with some genuine telephone evolutions, is more famed for using other people’s ideas and implementing them in profitable businesses.

Bell invented the telephone, but as with many other technological inventions in the 20th century, Edison founded the more successful company.

So it’s a somewhat fun fact that on this day in 1881, the two men went into business together. Bell and Edison formed the ‘Oriental Telephone Company’. It’s probably not the name they’d have gone for in 2023, but the company lasted to 1948 and sold telephones to Greece, Turkey, South Africa, India, Japan, China, and other countries in Asia.

This one kind of is a big deal, in its own way. But I covered it in a previous Re-View, so it’s sadly demoted to the end of the list.

Last week as part of my Re-View for 19 January, I mentioned how The Beatles’ hit ‘Helter Skelter’ was a key part of the trial of Charles Manson and his entourage for their part in the Tate-LaBianca murders.

The jury found Manson and two of the women guilty of first degree murder in all seven killings, while they found the other member guilty murder in the first degree of the LaBianca killings.

It was a nasty day in Hollywood and remains a stain on the era, often signalled as the moment the 60s truly ended. Manson was later sentenced to death, which was reduced to life in prison in 1977.