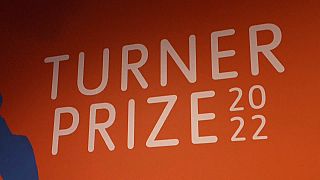 Sculptor Veronica Ryan has been named the winner of the UK's most high profile visual arts award the Turner Prize.

Ryan was nominated for her solo exhibition Along a Spectrum at Spike Island, Bristol and for her work which includes an exploration of the Covid pandemic and her Hackney Windrush Art Commission in London.

Fruit, seeds, plants and vegetables are recurring themes in her installations, representing displacement, fragmentation and alienation.

According to Britain's Tate Museum the 66-year-old creates sculptural object and installations using containers, compartments, and combinations of natural and fabricated forms to reference displacement, fragmentation and alienation.

The jury praised Ryan’s highly accomplished new body of work made during a residency at Spike Island, which explores ecology, history and dislocation, as well as the psychological impact of the pandemic.

The jury were also struck by the exquisite sensuality and tactility of her sculptures, both in the gallery and for the public commission in Hackney.

What is the Turner Prize?

The Turner Prize is named after the radical 19th century British painter JMW Turner. In his time he was considered controversial  and innovative but today is regarded as one of the greatest British artists. He left behind more than 550 oil paintings, 2,000 watercolours, and 30,000 works on paper.

This prize was launched in 1984 by a group called the "Patrons of New Art" under the directorship of Alan Bownesss and is one of the world’s best-known prizes celebrating British artistic talent.

To be eligible for the award, the Tate organisation who hosts it says ‘British’ can mean an artist working primarily in Britain or an artist born in Britain working globally."

There is no age limit  to win this award as artists can have breakthroughs at any moment in their lives.