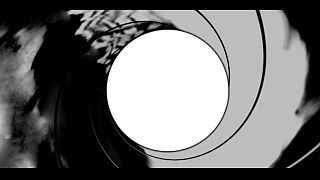 We may or may not have our next James Bond.

Ever since it was announced that in 2020 that No Time To Die (released in 2021) would be Daniel Craig’s last jaunt in the tuxedo, rumours have been flying left, right and centre over who will be the next 007.

In the last few weeks, things seem to have sped up and the tiring speculation from various pundits now all seem to point in one direction: Aaron Taylor-Johnson.

You may know the 32-year-old British actor from films like Angus, Thongs and Perfect Snogging (a low-key masterpiece, if you haven’t seen it), Kick-Ass, the John Lennon biopic _Nowhere Boy_and Avengers: Age of Ultron, in which he played Pietro Maximoff aka: Quicksilver.

According to The Sun, Taylor-Johnson went for a screen test to be the next Bond in September “and producers and Barbara (Broccoli) loved him.”

This news was given more credence by mysterious celebrity gossip Instagram account Deuxmoi (who have a knack for breaking celeb news): “Aaron Taylor-Johnson is the next Bond. A mini trailer of just him doing the famous Bond shot is going to be released March / April 2023 to announce him as the new actor.”

Euronews Culture did a bit of digging ourselves and corroborating these rumours are our very own industry insiders, who have confirmed that Taylor-Johnson has indeed been screen-tested for the role and that he’s the one to beat in the eyes of Bond producers Barbara Broccoli and Michael J Wilson.

So, there go our hopes for some much-needed diversity in casting, but there’s no denying that Taylor-Johnson is a fine actor and more than capable of succeeding Daniel Craig.

But back in September, Barbara Broccoli confirmed to Variety that Elba, 50, was out.

‘The thing is, it’s going to be a couple of years off. And when we cast Bond, it’s a ten to 12-year commitment,” said Broccoli. “So he’s probably thinking, ‘Do I really want that thing? Not everybody wants to do that. It was hard enough getting Daniel Craig to do it.”

Elba also ruled himself out in an interview to The Wall Street Journal: “I look forward to whoever gets it. When I look in the mirror, I don’t see James Bond.”

Could Taylor-Johnson still only be a front-runner and are these done-deal casting certainties simply rumours? Or do we already know the identity of the seventh James Bond?

It now seems like it’s edging towards the latter option - something which the studio heads will no doubt be fuming over, as the identity of the next 007 is always a closely guarded secret until the official reveal.

We’ll have to wait until next year to find out for sure...