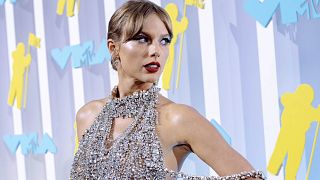 Taylor Swift fans aren’t happy. And look at what Ticketmaster made them do.

It all kicked off on Tuesday 15 November, when millions crowded a presale for Swift’s long-awaited Eras Tour, resulting in crashes, prolonged waits and frantic purchases.

By Thursday17, Ticketmaster had canceled the general sale, citing insufficient remaining tickets and inciting a firestorm of outrage from fans. Swift herself said the ordeal is "excruciating for me."

Ticketmaster blamed presale problems for the pop superstar's first tour in five years on unprecedented demand and an effort to keep out bots run by ticket scalpers. They apologized but there’s still bad blood. And politicians have started acting on it.

US Rep. Alexandria Ocasio-Cortez directed Swifties to where they could make US Department of Justice complaints. Multiple state attorneys general - including in Pennsylvania and Tennessee, key states in Swift’s origin story - have announced investigations.

Now, a US Senate antitrust panel will hold a hearing on the lack of competition in the ticketing industry after the Ticketmaster fiasco, according to Senator Amy Klobuchar, chair of the panel.

Senators Klobuchar and Mike Lee, the top Republican on the committee, did not provide a date for the hearing or a list of witnesses.

"The high fees, site disruptions and cancellations that customers experienced shows how Ticketmaster’s dominant market position means the company does not face any pressure to continually innovate and improve," Klobuchar said. "We will hold a hearing on how consolidation in the live entertainment and ticketing industry harms customers and artists alike."

Ticketmaster in a statement denied any anti-competitive practices and said it remained under a consent decree with the Justice Department following a 2010 merger, adding that there was no "evidence of systemic violations of the consent decree."

The power of fandoms

Stephanie Aly, a New York-based professional who has worked on community organizing for progressive politics, for years has thought mobilizing fandoms for social progress could be beneficial.

“Fandoms are natural organizers,” said the 33-year-old Swiftie. “If you find the right issues and you activate them and engage them then you can effect real change.”

Thousands have expressed interest in helping or learning more.

“The level of anger that you’ve just seen in the country around this issue is astounding,” said Jean Sinzdak, associate director for the Center for American Women and Politics at Rutgers University.

“People are really sharing their feelings about that and building a movement about that online, which I really think is quite fascinating. It’s certainly an opportunity to engage people politically. Whether it lasts is hard to say, but it certainly feels like a real opportunity.”

Sinzdak also added that this is giving Swift’s large following of younger people a direct line to seeing how policy takes shape. It’s also targeting a demographic that is seldom courted by politicians during election season.

“Nobody goes out and thinks, ‘Let’s target young women,’” said Gwen Nisbett, a University of North Texas professor who researches the intersection of political engagement and pop culture. “Be it about abortion or student loans, that age group is super mobilized and young women are super mobilized.”

Fan culture and community has boosted that tendency toward mobilization.

Nisbett was studying parasocial relationships - when fans have strong one-way relationships with celebrities - in 2018, when the previously apolitical Swift posted an endorsement of Democratic candidates to social media. Nisbett found that while such posts may not determine fans' votes, they still led to the increased likelihood fans would look for more information about voting - and actually vote.

AP VoteCast, an extensive survey of the US electorate, showed about a third of Tennessee voters in 2018 said they had a favorable opinion of Swift, and among them, a large majority (about 7 in 10) backed Democrat Phil Bredesen in the Senate contest. That was in clear contrast to the roughly third of voters who had an unfavorable opinion of Swift and overwhelmingly backed Republican Marsha Blackburn.

This isn’t the first time a fandom or an artist has targeted Ticketmaster.

Prices for tickets for his upcoming tour with the E Street Band soared as high as $5,000 (approx. €4,850), pricing out many longtime fans.

Springsteen’s manager Jon Landau previously defended the decision to employ Ticketmaster’s dynamic pricing model, which alters the cost of tickets based on demand. Claiming that the vast of majority of ticket sold were in the mid-$200 (approx. €190) range, Landau argued: “I believe that in today’s environment, that is a fair price to see someone universally regarded as among the very greatest artists of his generation.”

Springsteen addressed the controversy in an interview with Rolling Stone, saying that "ticket buying has gotten very confusing, not just for the fans, but for the artists also."

He added that the bottom line is that "most of our tickets are totally affordable. (...) We have those tickets that are going to go for that (higher) price somewhere anyway. The ticket broker or someone is going to be taking that money. I’m going, ‘Hey, why shouldn’t that money go to the guys that are going to be up there sweating three hours a night for it?'"

For context, Swift’s fans can't buy a ticket without paying an absurd amount of money.

For Swifties, the ire for Ticketmaster is not just about a ticket: “It’s the fact that you can’t participate in your community and your fandom and it’s part of your identity,” Nisbett said.

“It’s not just about getting vengeance for Swifties. It’s not about getting an extra million Taylor Swift fans tickets, or all of us going to a secret session,” said Jordan Burger, 28, who is using his law background to help the cause.

“It’s about fundamental equality. And when you have a monopolist like that, it’s just so representative of the class structure of a society where there isn’t equality anymore, there isn’t fairness.”

The sheer power and size of Swift’s fandom has spurred conversations about economic inequality, merely symbolized by Ticketmaster.

Stephanie Aly noted that quite a few of the members of the group did get tickets; the issue is bigger than Ticketmaster, she said.

“We’ve gotten some feedback that, ‘This is too big, let the government handle it.’ Have you seen the US government? The government only functions when the people push it to and when the people demand that it function and the people are involved,” she said. “Even when something seems too big to fail or too powerful to fail, there are always enough of us to make a difference. Your involvement may be the thing that pushes it over the edge that forces the government to act.”

Aly says many grown-up Swifties have 10-15 years’ experience of being bullied for liking the singer - but what fans have in mind might be better than revenge.

“We have thick skin and nothing to lose, really,” Aly said.

Who won at the 2022 American Music Awards?