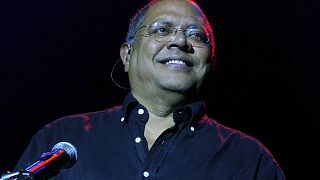 Grammy award-winning Cuban musician Pablo Milanés has died at the age of 79.

According to his representatives, Milanés was hopitalised in Madrid after falling ill in the Spanish capital. He had been undergoing treatment for cancer.

Milanés was a founder of Neuva Trova, an emerging genre of music from the 60s just after the Cuban revolution of 1959. Inspired by protest songs from America (civil rights movement), Neuva Trova integrates storytelling to tell tales of social problems.

As a result, he was lauded as a cultural icon during Fidel Castro’s reign – incorporating politics into his music, alongside musicians Silvio Rodriguez and Noel Nicola.

Although he supported the revolution, he was often subject to harassment from authorities in Castro’s early years of government, as ‘alternative’ manner of expression was highly suspect.

In his early years, Milanés began his career singing on local radio and television contests. After his family moved to Havana, he went on to briefly study at Havana’s Musical Conservatory in the 1950s.

Due to his deteriorating health, he was forced to cancel concerts in early November.

He was best known for songs such as 'Yolanda', 'Yo Me Quedo (I’m Staying)' and 'Amo Esta Isla (I Love This Island)'.

Watch our report in the video player above.