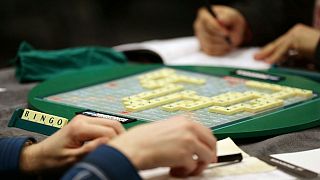 If you’re a Scrabble fan, you know that sinking (or rage-inducing) feeling when a player tries to convince you that their contentious word counts.

Whether it’s a new word or slang, things have the capacity to get ugly real quick.

One solution is to reference The Official Scrabble Players Dictionary, the Scrabble bible of sorts. And in keeping with the times, 500 new entries have been added in the newly released 7th edition - words like 'deepfake', 'jedi', 'stan', 'subtweet', 'vax' and 'zedonk'.

And yes, ‘jedi’ does not need to be capitalized, apparently.

Not sure what Lord Vader would have to say about that. Probably something about being part of the rebel alliance and a traitor… As for 'Yoda', he’s not allowed.

The new Scrabble-approved words join more than 100,000 of two to eight letters.

Proper nouns like 'Google' and 'Boricua' can now be used; more verb variations have made the cut, such as 'adulted', 'adulting', 'verbed', 'verbing', 'atted' and 'atting' (as in don't at me); and compound words are also on the rise with 'deadname', 'pageview' and 'fintech' added to the dictionary.

The book was last updated in 2018 through a longstanding partnership between Hasbro and Merriam-Webster.

In a statement, Merriam-Webster editor Peter Sokolowski said the new additions to the dictionary give players an opportunity to “up their game while celebrating the riches of the ever-expanding language.”

“English speakers like to have fun with words, and no one does it better than Scrabble players, who make excellent use of words both obscure and common,” he said.

Here are some of our favourites, with handy definitions so you remain down with the lingo.

An ambigram is a calligraphic design, an image of a written word or a phrase that is able to be oriented in either of two ways for viewing or reading. It also works with 180° rotational symmetry. For instance, as pictured below, the word ‘yeah’ and be read both upright and upside down.*

Who has time to pronounce full words? This shortened version of ‘adorable’ has made the cut and can be used to say “OMG! He / She is totes adorbs!” ... If you’re whiter than Tilda Swinton in a snow storm and 13 years old, that is.

A holiday taken with the primary goal of zig-a-zig-ah, as the Spice Girls once movingly warbled, and making a baby. Another definition refers to the holiday one can take before the birth of a child. It can also be analogous to ‘honeymoon’ and refer to a period of time after birth in which the mother eschews contact with those outside the nuclear family, in order to focus on herself and her new baby.

This noun of endearment is for those who think that two ‘b’s in a word is just too damn excessive. It’s the AAVE (African-American Vernacular English) pronunciation of 'babe' and some say that it’s an acronym that stands for “before anyone else”. You can also use the plural 'baes'. Just don’t confuse it with the Danish 'bæ' which means 'poop'.

This refers to a misheard slip of the ear - a word or phrase that results from a mishearing or misinterpretation of another. For example: “tow the line” instead of “toe the line”.

Verb from The Simpsons meaning to increase in size, the use of which makes you sound like a toddler dizzy on lemonade.

A haircut similar to a Mohawk. This is one of the highest scoring newbies, due to those high point-scoring letters x and k.

It’s this: $%!* #, ie: a series of typographical symbols used to replace words one doesn’t want to write for fear of offending those who don't want to read the word 'fuck' or any of its declinations. For example: ‘Will this $%!* # list never end?’

A variation on and replacement of the word ‘well’, representing a pronunciation typically used to convey resignation, nonchalance or disappointment. It can also be used when you feel helpless – in this case, it’s a combination of the words ‘help’ and ‘well’.

These are some of the highest scorers. It refers to a zebra-donkey hybrid animal. The difference between ‘zonkey’ and ‘zedonk,’ you ask? A zonkey is sired from a male zebra and a female donkey. The parentage of a zedonk is the other way around. Now you know.