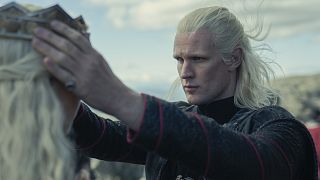 This week recognises the 50th anniversary of the American premium television channel HBO.

When HBO was launched in 1972, television was the inferior artform to film. Today, it seems like the vast majority of prestige on the screen is coming out of our televisions.

Film stars who once would have seen a series as beneath them now flock to tentpole shows for the opportunity to land a run in the sort of high-budget dramatic storylines that aren’t made as easily for the silver screen anymore.

It’s a mass shift in the market, and whenever you inspect any of the shows that are responsible for the attitude change, HBO is never far away.

Almost every one of the big names in TV shows are HBO products. The Sopranos, The Wire, Sex and the City, Game of Thrones and Succession, are just the tip of the network’s iceberg.

So, how did America’s first subscription network change the game?

On 8 November 1972, HBO launched across the US to just 365 paying subscribers. The first broadcast it made was a hockey game, the NHL game between the New York Rangers and the Vancouver Canucks that was happening live at Madison Square Gardens.

At the time, there weren’t any HBO commissioned shows, but alongside sport, the network also showed films. The hockey game was followed by the 1971 Paul Newman film ‘Sometimes a Great Nation’.

The subscription to HBO cost €5.83 ($6) a month back then, and the channel struggled to attract subscribers.

Its fortunes would change soon though. As early adopters of pay-TV, HBO just had to wait a few years before lawsuits and pressure from other companies allowed cable television to proliferate through the US.

In 1975, HBO premiered its first comedy special, ‘An Evening with Robert Klein’. This, alongside an anthology comedy series ‘On Location’ created the groundwork for HBO to become a significant stepping stone in a comedian’s career.

HBO kept growing and in 1983, the decision was made for the channel to start programming its own material. Original made-for-cable films and miniseries with budgets far exceeding traditional tv shows.

‘Not Necessarily the News’ debuted in 1983, a satirical news show that’s the stylistic grandfather of today’s ‘Last Week Tonight with John Oliver’.

The channel’s first solo-produced film was ‘The Terry Fox Story’. Released in 1983, it was the first ever film produced for cable television.

The stage was set for HBO to become one of the most influential broadcasters in history.

Owing to its subscription model, HBO has never needed to kowtow to advertisers’ needs. Instead, it's always just focused on bringing in quality television and film that audiences will connect with.

It sounds obvious, doesn’t it? Make TV audiences want, and they will come. But HBO’s attitude has always been a step-apart.

Decades before streaming platforms turned up to independently produce their shows, HBO was working out that audiences wanted prestige high-budget shows worth tuning in for.

The dramatic and comedic brilliance that HBO was willing to programme while other US networks baulked at the content, came in the late nineties. ‘Oz’, ‘Sex and the City’ and ‘The Sopranos’ were all released to immediate attention.

All three dealt with adult themes in a way that shows on other networks wouldn’t dare to then, and often still don’t.

Ever since, they’ve distinguished themselves by their continuous emphasis on quality over quantity.

The streamers now take on a similar in-house production method that HBO pioneered. But the sheer breadth of shows these streamers make mean the quality just doesn’t measure up.

The proof is in the pudding. HBO has dominated the Emmy awards since the 90s. But it was in the 2001 Emmy Awards that the network could proudly note more nominations in the major categories than any other network.

At the 53rd Primetime Emmy Awards, HBO was nominated for 44 major awards, with 14 of those nominations going to The Sopranos alone. In the end, HBO walked away with eight awards, with The Sopranos taking three of them.

Since the 90s, the list of incredible shows that HBO has produced is almost endless. From fantasy epic ‘The House of the Dragon’ to family drama ‘Succession’ and comedy ‘The White Lotus’, HBO hasn’t let up in quality.

At this year’s Emmy Awards, HBO and HBO Max took home 38 awards, with 50 nominations in major categories and 140 total nominations. It’s an incredible achievement for the network that started out with a hockey game broadcast to under 400 people.

'Game of Thrones', politics and television: Podemos and beyond | View