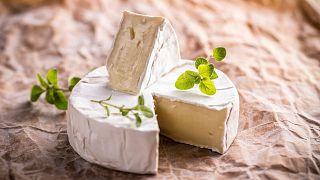 Dairy company Lactalis has won the latest battle over the naming of Camembert.

The cheesy legal war has raged for over 30 years as to whether the French multinational dairy company could use the term “Camembert de Normandie”.

Lactalis, which owns the brand Président and produces a popular version of the cheese, makes their camembert in Normandy. However, there has been a drawn-out argument over their use of cow milk that isn’t definitely from the region.

Now, Lactalis have argued that the ruling is damaging camembert sales internationally and helping foreign rivals.

Cheese, like wine and many other food products, can have geographical qualities legally protected by intellectual property law.

Geographical status protections are the reason that champagne can only be called champagne if the grapes are grown in the Champagne region of France. The world’s most overrated piece of trivia has the same legal background as this fight over camembert cheese.

To be named Camembert de Normandie, it is essential that the cheese is made on similar principles as the original 1791 recipe by Marie Harel, a farmer from Normandy.

Harel followed advice from a priest who had come from Brie - you know, the other oozy cheese place in France. She used Normandy cows’ milk and made the ultimate cheese for a fancy little starter at your next dinner party.

Camembert was officially given Protected Designation of Origin status in 1996. But since 1992, local companies have been fighting to keep the name “Camembert de Normandie” to only refer to cheese made in Normandy with Normandy milk.

This brings us to Lactalis, who have fought to be allowed to use the name regardless of the fact their Normandy factories don’t necessarily use cow milk from the region.

In 2021, anyone not using Norman cow milk was banned from using the label. Lanquetot and Coeur de Lion, two Normandy-based international brands, had to stop using the name and saw profits decline.

The recent ruling means that Lactalis won't suffer the same fate, as their successful campaign means that Président can continue to call itself a Camembert de Normandie.