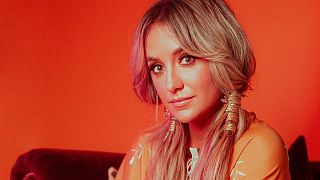 The long-awaited line-up for Europe's biggest Country Music festival has been released, including Lainey Wilson (pictured above)   -   Copyright  Country to Country (C2C)
By Allyson Portee  •  Updated: 25/10/2022

Get your ten gallon hat, check shirt and denim ready because Country to Country (C2C) has revealed that it’s coming back in full swing next year in 2023 after being stopped in its tracks by the Covid pandemic.

It will be the tenth edition of the festival which will take place over a three-day weekend (March 10-12) between the O2 in London, the 3Arena in Dublin, and the Ovo Hydro in Glasgow.

Some of the most eagerly anticipated artists will be headlining Lady A, Thomas Rhett, and the Zac Brown Band. Lainey Wilson, who’s never seen without wearing bell bottoms will be performing, as well as Midland and Matt Stell.

Gearing up for Greenwich

“I’m so excited to get back across the pond. It’s been way too long. But when we’ve been in the past, we’ve only played in England, so I’m looking forward to playing in Dublin and Glasgow. The bigger the stage, the better! I already know this is going to the best run of international shows we’ve done yet,” says Lainey Wilson.

The 30-year-old is one of the most nominated artists for the CMA Awards (Country Music Association) with six nominations. She’s the fourth artist to ever receive this many.

She’s also going to be on season five of Yellowstone, a TV show that streams on Paramount channels in Hungary, the Nordics, Poland, UK, Spain, and Italy. She will portray Abby, a character that Oscar-winning nominee and show creator Taylor Sheridan created for her.

Wilson's Southern drawl catches the attention and like most artists, she had to work hard and fight to get noticed, but persistence has paid off: “I’m learning you don’t get much sleep when you’re living the dream,” she laughs.

“It’s a pretty wild ride right now. It feels like I’ve been working hard just to work harder. But it’s working, and it’s so worth it. I’ve made a commitment to myself to run (not walk) through the doors that open for me. And when I’m not walking through those doors, I’m probably still trying to find a way to get them open. It definitely gets overwhelming sometimes…well pretty much all the time right now. But I kind of see it like, I’ve worked this hard to get to this point, why would I take my foot off the gas now?

"It’s amazing how each phase of this journey makes you feel like you’re just getting started. That’s why it’s important to enjoy the process and not get too wrapped up in the outcome. I have to remind myself of this all the time. But I’ve found if you just keep your head down, do your thing, surround yourself with the right people and stick with it, you just might look up and see your dreams coming true.”

Opening the Friday night in London will be Breland.

The 27-year-old artist from New Jersey has garnered a major following in the past couple of years with his Hip Hop, Soul, and Country hybrid. He’s nominated for the CMA Award’s Musical Event of the Year category. Known for collaborations with Nelly, Thomas Rhett, and Mickey Guyton, he will co-host the festival during the weekend with the legendary British radio presenter Bob Harris.

“I’ll be joined in the spotlight by my friend Breland, whose career has literally gone stratospheric since the release of his first music only three years ago,” shares Harris in notes.

Country in a cost-of-living crisis

In the midst of economic turmoil in Britain and across Europe Milly Olykan, VP of International Relations and Development for the CMA echoes his sentiments.

“The fans in UK and EU are some of the most engaged Country fans in the world, and festivals like C2C also promote multiple opportunities to discover new artists. CMA has also partnered with C2C since it began in order to introduce new artists and songwriters to the UK. I think any fans who budgets for live Country events and festivals know that they can count on them to deliver a great experience, in a terrific atmosphere with fans of all ages and backgrounds and artists of incredible caliber who really appreciate their international audiences,” she says.

Country Music has been resonating with Europeans since the days of Johnny Cash and even Dolly Parton’s early career. Both performed widely across Europe. Since C2C’s inaugural festival in 2013 headlined by Tim McGraw and Carrie Underwood, the festival has grown, turning into a three-day event.

Germans, Italians, French, and Belgians, and a wide array of domestic fans make the festival an enormous successful event as the 20,000-seater 02 Arena is packed. Even the Middle East has taken to the genre. It’s the songful stories of life, love, heartache, and joy seem to unite all nationalities.

Matt Stell will also be performing. His songs like 'Prayed For You' and 'Boyfriend Season', has garnered over a billion streams. The giant two-metre plus Harvard pre-med student turned country music singer is proud to be on the official artist line up.

“Man, I’m so excited to get back over here and get to play the main stage at C2C. Last year when we were there, I got to watch a lot of my favorite acts play the main stage and see how the crowd reacted to them, and it’s a special thing. Because we don’t get to make it here that much, that makes the dates all the more special, so I’m excited to be playing the big stage and not only get to play music for the fans, but also get to be a fan myself,” says Stell from Manchester, England.

He’s on his fall tour in the UK and he’s finding the energy of his European fans different to his American ones.

“I don’t know if it’s because of how few times we get to come over here in a year’s time, but there’s always great energy. People know the music surprising well, not just the singles, but also the album cuts. It just seems like fans are excited for us to be here,” says Stell.