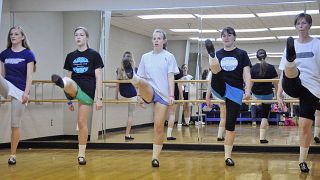 The world’s oldest and largest competitive Irish dancing organization, An Coimisiún le Rincí Gaelacha (CLRG), has launched an investigation into the allegations of cheating and results fixing.

The CLRG ethics committee received allegations of several grievous breaches of its code of conduct, it said in a statement, warning “unethical behavior cannot and will not be tolerated.”

The Dublin based CLRG said the judge would "oversee and supervise the immediate investigation" into these matters "due to the potential extent" of such allegations.

Irish dancing’s oldest governing body was established in the 1930s and promotes Irish dance and the use of Irish language. It organises Ireland's regional and national championships along with the World Irish Dancing Championships, and has members across all five continents around the world.

The World Irish Dancing Championships is held annually in locations across Ireland, the United Kingdom and North America and is considered to be the world’s most prestigious Irish dancing competition.

It is believed there are a number of teachers and schools implicated in the allegations and that at least 12 dance teachers in Ireland and other countries have allegedly either asked for or offered to fix competitions, according to The Irish Independent. It has said that it has seen screenshots, which have not yet been shared with the CLRG, which appear to implicate at least another six teachers.

The newspaper reported that in one case a teacher and a competition judge appeared to be exchanging higher scores for sexual favours. It also quoted insiders who spoke of bizarre scoring patterns at competitions. Several parents and teachers, speaking anonymously, told the paper the industry was like the mafia, citing the HBO show The Sopranos as an adequate comparison.

CLRG said in its statement that the process had already started, but that it will be “difficult and arduous”. The organization added that “this grossly unethical behavior must be eliminated from our competitions, dance schools and governing organizations” and that in order to ensure the integrity of the process and until it is complete “no further comments will be made.”