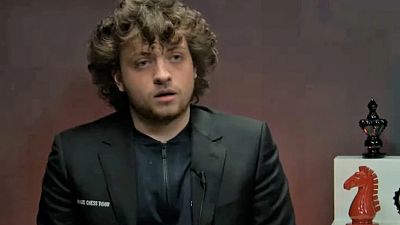 It’s the scandal that has been rocking the chess world for over a month now and the latest bombshell revelation is a doozy.

“I believe that Niemann has cheated more – and more recently – than he has publicly admitted,” said Carlsen in his statement.

However, no evidence was brought forward to confirm his claims... Until now.

A 72-page investigation by Chess.com has found that the American chess grandmaster has likely had illegal assistance in more than 100 online games, as recently as 2020, the Wall Street Journal reported on Tuesday 4 October.

The online chess engine, which hosts tournaments for elite players with cash prizes, has accused Niemann of “blatant” and “rampant” cheating to improve his rating.

In the report seen by the Wall Street Journal, Chess.com said it used several cheating-detection tools, including behaviour monitoring techniques and comparative analysis which would set side by side the moves of the players and those recommended by chess platforms. The report concluded that Niemann’s improvement has been “statistically extraordinary” and that the more than 100 suspect games Niemann may have cheated in involved prize money.

Chess.com has not given any conclusive statements about Niemann’s in person, over-the-board cheating. However, the report stated that, based on the data, several of Niemann’s events “merit further investigation.”

Niemann has denied the allegations that he has been winning through illegitimate means, even if he previously acknowledged cheating online twice. He stated that he never played fraudulently in a face-to-face match and also offered the not-so-tantalizing possibility of him stripping and playing naked to prove he is not using any hidden communication devices or vibrating sex toys to give him an unfair advantage.

We can only hope that it won’t come to that. Although FIDE, the chess world’s governing body, issued a statement saying that it is conducting its own probing investigation.

So brace yourselves for more revelations as the downfall of Niemann continues...

For the full background to the chess cheating scandal, read our in depth piece here.