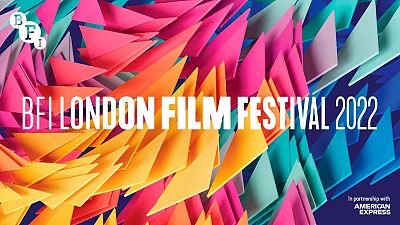 The UK’s most prestigious film festival returns today until 16 October.

The 66th edition of the BFI’s London Film Festival features 164 films as well as TV series, an expanded program of XR – Extended Reality – works, and a slew of panels featuring some of the world’s most in-demand stars.

It all kicks off on 5 October with the Opening Night Gala screening of Matthew Warchus, Dennis Kelly and Tim Minchin’s Roald Dahl’s Matilda The Musical, starring Emma Thompson, Lashana Lynch and Alisha Weir in an adaptation of both Dahl’s much-loved children’s book as well as the West End show. The festival closes with the European premiere of Rian Johnson’s mystery caper Glass Onion: A Knives Out Mystery, the sequel to 2019’s Knives Out, starring Daniel Craig as the Southern sleuth Benoit Blanc.

After years of COVID adjustments and structural changes, the festival is spreading its reach even more by not limiting screenings to the capital: 10 other cities around the UK will also participate, on top of a digital program for online viewing.

“After several years of change, it’s great to be presenting the BFI London Film Festival in our ‘new normal’ form: with brilliant venue partners in London and in ten towns and cities across the UK, and with series and immersive programming now firmly embedded alongside our vibrant selection of international short and feature films,” says Tricia Tuttle, the BFI LFF Director.

Indeed, LFF’s vibrant and varied 2022 line-up this year is fizzling with cinematic goodness, striking the balance between indie gems, arthouse highlights and some of the most hotly-anticipated titles. It'sborderline dizzying. The embarrassment of riches includes films which premiered at the Venice Film Festival earlier this year, like Martin McDonagh’s The Banshees of Inisherin, Alejandro G. Iñárritu’s Bardo, False Chronicle of a Handful of Truths, Darren Aronofsky’s The Whale and Joanna Hogg’s The Eternal Daughter, as well as a tantalizing smattering of titles from other festivals, including two unmissable titles from Cannes: Park Chan-wook’s Decision to Leave and Jerzy Skolimowski’s EO.

There are also some enviable world premieres and festival winners on show.

Hot tickets include a Headline Gala screening (and World Premiere) of Oscar-winning director Guillermo del Toro’s Pinocchio, a stop-motion animation adaptation of Carlo Collodi’s dark fable about a naive wooden puppet, set in 1930s fascist Italy, and the screening of this year’s Palme d’Or winner Triangle of Sadness, Ruben Östlund riotously funny satire which takes aim at the fashion world, capitalism, influencer culture and the entitlement of the obscenely rich.

Competition strands see eight films compete for Best Film - amongst which are Marie Kreutzer’s elegant Corsage, Santiago Mitre’s stunning Argentina, 1985, Mark Jenkin’s folk horror Enys Men and Alice Diop’s courtroom drama Saint Omer (more on that one later) - and both the Sutherland Award for Best First Feature and the Grierson Award for Best Documentary Feature are always ones to look out for.

Other standouts this year are Maria Schrader’s She Said, starring Carey Mulligan and Zoe Kazan, about the New York Times journalists Jodi Kantor and Megan Twohey, whose investigation work pulled back the curtain on Harvey Weinstein’s serial abuse of women, and Brainwashed: Sex-Camera-Power, Nina Menkes’ documentary about the systemic use of gendered techniques in filmmaking and how these subconsciously impact the representation of women in society.

But beyond the major features and big titles, which are the unmissable and potentially-under-the-radar films to not skip?

This stunning debut feature film by acclaimed French documentary filmmaker Alice Diop premiered in Venice this year and can be found in LFF’s Competition strand. It’s a gripping courtroom drama which follows Rama, a writer who travels to northern France to follow the trial of Laurence, a young Franco-Senegalese woman accused of killing her daughter. Through the various testimonies, Rama begins to question her perspectives as an artist and a Black woman in France. Co-written by Goncourt-winning novelist Marie NDiaye, Saint Omer is a nuanced and claustrophobic masterwork which rightly won the Silver Lion Grand Jury Prize in Venice… When it really should have won the Golden Lion.

All The Beauty And The Bloodshed

That being said, the Golden Lion did go to a deserving winner this year. Oscar-winning filmmaker and investigative journalist Laura Poitras (Citizenfour) won Venice’s top prize for her stirring and thought-provoking portrait of artist and activist Nan Goldin. The doc focuses on her fight against the Big Pharma - specifically the Sackler pharmaceutical dynasty, who is largely responsible for the opioid epidemic in the US. Poitras uses slideshows, archive footage and still images to interweave Goldin’s life as an observer of New York’s queer scene with her modern-day fight. The end result is a call to arms, a moving snapshot of the photographer’s life, and above all, a vital dispelling of ignorance that shows that the wrong things are kept private in society.

You Won't Be Alone

What a debut film this is. Macedonian-Australian writer/director Goran Stolevski’s chilling, thoughtful and lyrical folk horror fairytale is without a doubt one of the best films you’ll see at the festival this year. Set in 19th-century Macedonia, an ancient spirit known as the wolf-eatress kidnaps a 16-year-old girl who has lived in almost total isolation. The witch-like figure transforms her into an immortal being that can shapeshift, taking on the physical form of anyone she chooses. Nevena ventures out into the world and discovers the human condition while learning more about her powers and what they entail. Evoking both The Witch and the works of Terrence Malick – especially through a poetic, cryptic and at times deeply moving voiceover – this unique and spellbinding gem comments on the patriarchy and explores metamorphosis in a truly mesmeric way.

Attention-seeking Signe wants attention. Everyone’s attention. So does her partner Thomas, with who she seems to make the perfect insta-couple. But behind the seemingly perfect image they project lies a couple in a constant and toxic battle of one-upmanship. It starts off slow with the odd lie here and there, until Thomas gets a huge break on the contemporary art scene. That’s when Signe decides to up the ante. Writer-director Kristoffer Borgli signs a wild and deliciously dark comedy about narcissism, contrived victimhood and power dynamic imbalances in relationships that plays out like a sinister spin on The Worst Person in the World. Beyond this easy comparison, Borgli has achieved a sharp and facetious missile aimed at the corrosive nature of social media, a satirical modern fable that outclasses Netflix’s _Not Okay,_and one which shouldn’t be missed.

One of the standouts of this year’s Cannes Film Festival was Boy From Heaven, from Swedish-Egyptian director Tarik Saleh. His bold and gripping spy thriller explores religion and politics in Egypt. Imagine Donna Tartt’s 'The Secret History' by way of John Le Carré, and you’re halfway there. It follows a fisherman’s son who is offered a place at a prestigious Islamic school in Cairo, the power base of Sunni Islam. He soon finds himself embroiled in espionage and power plays that give even the best conspiracy thrillers a run for their money. It’s a coming-of-age narrative which shines through its gorgeous visuals and subtle character dynamics, on top of a fascinating portrayal of the corruption inherent to contemporary Egypt and the power struggles between religion and state. It may threaten to jump the shark towards the end, but Saleh manages to rein it in for a breathtaking finale that will leave you shell-shocked. A remarkable achievement.

Sho Miyake shone bright at this year’s Berlinale, one of the most disappointing editions of the festival in a long while. Not that that should tarnish Small, Sow But Steady, or serve as a backhanded compliment for what is a moving and genuinely unique sports film about a deaf aspiring boxer Keiko who trains in a small, rundown gym in suburban Tokyo. Small, Slow But Steady is a loose adaptation of Keiko Ogasawara’s memoir ‘Makenaide!’ and upends any apprehensions that you’re in for a modest remake of Million Dollar Baby. Filmed in tactile 16mm, this is a delicate and measured piece of filmmaking that packs a punch and takes you on a soulful journey that you won’t be forgetting in a hurry.

The British Film Institute London Film Festival 2022 begins at a variety of venues across London and the UK on Wednesday 5 October, and runs until 16 October.

Which 2022 Pinocchio film will you be watching?