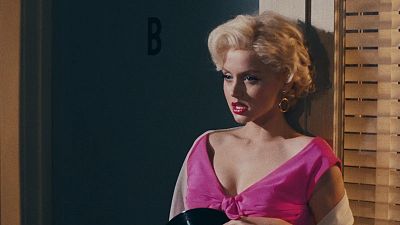 After premiering at the Venice Film Festival and making its debut on Netflix on 28 September, Andrew Dominik’s Marilyn Monroe “biopic”, Blonde, has found itself at the center of stern criticism.

Viewers have not taken to the part-truth part-fiction depiction of Marilyn Monroe’s life, based on Joyce Carol Oates’ novel of the same name - a bold and ambitious film that is currently Netflix’s No.1 trending movie and has been variously slammed as “exploitative”, “anti-feminist” and “misogynist”.

Now, Planned Parenthood has released a statement against the film, alleging it contributes to “anti-abortion propaganda.”

In the film, Monroe (played by Ana de Armas) undergoes two forced abortions. One scene that precedes the second abortion sees Monroe talking to a CGI version of her unborn foetus, which asks her, “You won’t hurt me this time, will you?”

In a statement published in The Hollywood Reporter by Caren Spruch, Planned Parenthood Federation of America’s national director of arts and entertainment engagement, said:

Planned Parenthood went on to say that it “respects artistic license and freedom. However, false images only serve to reinforce misinformation and perpetuate stigma around sexual and reproductive health care. Every pregnancy outcome — especially abortion — should be portrayed sensitively, authentically and accurately in the media. We still have much work to do to ensure that everyone who has an abortion can see themselves onscreen. It is a shame that the creators of Blonde chose to contribute to anti-abortion propaganda and stigmatize people’s health care decisions instead.”

The director has responded in the wake of this harsh criticism.

Prior to the film’s release, Dominik stated that there was something in Netflix’s first NC-17 rated film “to offend everyone”. Now, in a recent interview with The Wrap, the director staded that he doesn't think the movie is anti-pro choice and dismissed the perceptions being made about the movie’s abortion stance:

“I think the movie is pretty nuanced actually, and I think it’s very complex, but that doesn’t fit — people are obviously concerned with losses of freedoms, obviously they are. But, I mean, no one would have given a shit about that if I’d made the movie in 2008, and probably no one’s going to care about it in four years’ time. And the movie won’t have changed. It’s just what sort of going on.”

Additionally, Oates has defended the movie:

"I think it was/is a brilliant work of cinematic art obviously not for everyone. Surprising that in a post #MeToo era the stark exposure of sexual predation in Hollywood has been interpreted as 'exploitation.' Surely Andrew Dominik meant to tell Norma Jeane's story sincerely."

In the wake of Roe V Wade

Reproductive rights and abortion are sensitive topics in the US, especially after the decision to overturn Roe v Wade by the Supreme Court only three months ago.

The depiction of abortion in Blonde has reignited fears over the on-screen treatment of the right to choose. The film was always going to be divisive, as it features scenes showing physical and emotional abuse and offers a cruel catalogue of the traumas forced onto a woman. With the film industry wrestling with its depictions of abortion, viewing films like Blonde through the lens of Roe v Wade seems inevitable, and more and more films and series will be subjected to the same scrutiny, for better and for worse, with viewers finding it hard to distance themselves from recent world events. Criticism has also been levelled at fantasy series House of the Dragon, specifically a controversial birthing scene which some have defended a depicting a grim historical reality and others decrying a gratuitous, brutal and clichéd sensationalization of prolonged violence against women.

Have you seen Blonde? Is it a potentially harmful film with an agenda, or are Planned Parenthood’s comments unfair criticism to level at a film which doesn't have to be (or purpot to be) an activist tickbox due to its release date? Could nuanced dabate and stirring interesting conversations be enough, especially for a film which actually calls out a harmful Hollywood system which frequently subjected its stars to the worst kind of treatments? And where does the line between representation and exploitation begin in films which audiences demand take a moral stance?

Euronews Culture weighed in with our review of Blonde.

Blonde is currently streaming on Netflix.