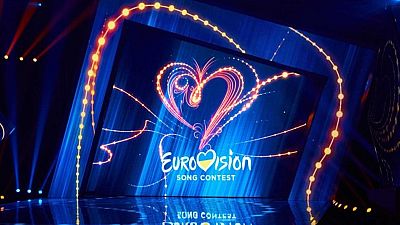 And then there were two…

The Eurovision Song Contest has announced that next year’s competition will take place either in Glasgow or Liverpool.

As previously announced, the United Kingdom will host the Eurovision Song Contest in May 2023 on behalf of Ukraine, due to the ongoing war. Ukrainian entry Kalush Orchestra triumphed at the 2022 competition in Turin, Italy, with UK’s entry Sam Ryder coming second in the competition.

The BBC announced today’s news, with Phil Harrold, the chairman of the BBC's host city selection committee, thanking "all seven cities across the UK who have demonstrated the enthusiasm and passion for Eurovision that exists right across the UK.”

"We were incredibly impressed by the quality and creativity of all the city bids in what was a highly competitive field,” he continued. “The Eurovision Song Contest is a very complex event and Liverpool and Glasgow have the strongest overall offer; we will continue our discussions with them to determine the eventual host city.”

"We are determined to make the 2023 Eurovision Song Contest one that both reflects the winning position of Ukraine and is also an event that all of the UK can participate in," concluded Harrold.

“We’re confident our final two cities are the best placed to meet this challenge and look forward to continuing our discussions to choose the one which will stage the world’s largest music event next May,” says Martin Österdahl, Executive Supervisor for the Eurovision Song Contest.

Two cities, only one host

Our resident Eurovision expert and fan Hannah Brown believes Liverpool is in with the best shot of hosting next year’s contest.

“Liverpool has easy access from most parts of the country and whether you’re flying into Liverpool, Manchester or London, that accessibility will be a determining factor,” says Brown.

“It feels like the right vibe for the city – Liverpool has great stadiums, loves itself a bit of camp, and is synonymous with such a rich music heritage – from The Beatles to Cilla Black, The Wombats and Atomic Kitten, they’ve surely got it in the bag.”

You heard it here first.

For its part, the Eurovision isn’t picking favourites just yet and has been effusive about both cities.

In 2008, Glasgow was named the United Kingdom’s first UNESCO City of Music, thanks to its heritage and contemporary vibrant and varied music scene. And let’s not forget the city’s OVO Hydro arena appears in the Netflix film Eurovision Song Contest: The Story of Fire Saga.

In June, Mayor of Liverpool Joanne Anderson said that culture is “synonymous with Liverpool and we tick all the boxes to be next year's host."

Responding to today’s news, Liverpool City Council tweeted: “Liverpool is very proud to make the final two on the BBC / EBU Eurovision shortlist. It would be our privilege to put on a show – for Ukraine, the UK & for Europe. #Eurovision2023 in Liverpool? Imagine…”

We won’t have to wait too long to find out the host city of the 67th Eurovision, as it is rumoured that the final decision will be made in October.

Whichever one it is, how do I get tickets?

Helpfully, the Eurovision website has issued the following statement in tandem to today’s news: “Tickets: It's still early, so relax.”

Ticket prices, availability, and even the ticket provider won’t be decided until there is a confirmed host city and venue for the shows.

The organization has also handily reminded fans that the Eurovision Song Contest isn't just one Saturday night spectacular, nor is it just the three broadcast Semi-Finals and Grand Final. The contest is actually 9 shows across the whole of Eurovision week and once ready, tickets will go on sale for the following 9 shows:

So, eyes peeled for future announcements and head to their website to sign up to their newsletter, which seems to be the best way of being the first to know when tickets go on sale.