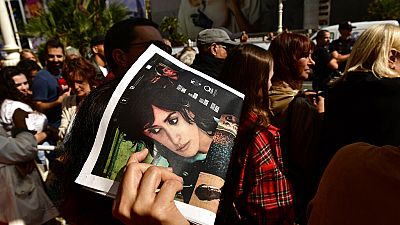 The San Sebastián International Film Festival is back and kicks off this Friday.

Similar to its counterparts in Cannes, Venice or Berlin, Spain’s offering presents the very best of world cinema and in particular Hispanic film.

Actress Juliette Binoche will receive the Donostia Award, the festival’s highest honour, as a tribute to her glittering career.

The 70th edition of the festival will run until the 24 September in the Basque Country.

Born in 1946 he drew inspiration from mythology, the Bible, literary greats and the origins of culture.

Considered one of the most important French contemporary artists, his theatrical paintings are also housed in the Museum of Modern Art in New York.

This exhibition gives space to the artist's installations, sculptures and graphic works.

As one of the founders of the Italian Renaissance, Donatello is celebrated as a master of sculpture.

Unlike many artists of the day, he enjoyed fame and became financially successful during his lifetime.

Boasting almost 90 works and many significant projects that have never been shown together before, this is the most comprehensive collection of the artist’s work to date and is on show at the Old Master's picture gallery in Berlin.