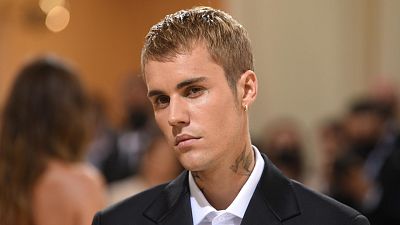 Justin Bieber has just bowed out of a string of future tour dates to focus on his health.

Bieber was at the beginning of a twice-rescheduled 52 date world tour. He had performed six shows in Europe and one in Brazil before he announced the cancellations.

It’s unclear how long the star will take away from the tour and whether he will reschedule the cancelled dates.

The popstar is still recovering from a diagnosis of Ramsay Hunt Syndrome in June. Resulting from a complication of a shingles infection, half of Bieber’s face was paralysed.

Writing on his Instagram, Bieber explained that after performing at Rock in Rio he was depleted.

“After getting off stage, the exhaustion overtook me and I realised that I need to make my health the priority right now.”

“So I’m going to take a break from touring for the time being. I’m going to be okay but I need time to rest and get better,” he wrote.

Bieber’s candid approach to his struggle with Ramsay Hunt Syndrome has been admirable since he first went public in June.

For a star who shot to fame as a teen heart-throb, Bieber has grown into a sex symbol for legions of fans. Bieber’s decision to directly explain to fans how his ill-health had paralysed his face risked damaging that reputation.

It would have been so easy for him to just cancel the shows in June and give a sanitised PR explanation citing “health concerns”.

Bieber’s decision to show his facial paralysis has been hailed by other sufferers as vital for raising awareness.

Whether it’s mental health or physical health, prioritising healing is crucial. It’s also a privilege that can’t necessarily be afforded by people on lower paying wages.

While Bieber’s decision to cancel tour dates won’t improve any government’s sick-pay policies anytime soon, it is the latest sign of what is becoming a serious cultural milestone.

Celebrity decisions over their wellbeing diffuse into culture and set precedents for fans of how they should demand to be treated.

The boundaries that ordinary people deserve in their real life can be inspired by the ones set by major stars.

Just like Jonah Hill’s recent decision to stop promoting his recent films. After finishing directing his second film ‘Stutz’, a documentary about him and his therapist, Hill published a letter explaining his reasoning.

“Through this journey of self-discovery within the film, I have come to the understanding that I have spent nearly 20 years experiencing anxiety attacks, which are exacerbated by media appearances and public facing events,” he wrote.

He went on to explain that despite his gratitude for the film’s opening, he wouldn’t actively promote it.

“You won’t see me out there promoting this film, or any of my upcoming films, while I take this important step to protect myself. If I made myself sicker by going out there and promoting it, I wouldn’t be acting true to myself or to the film.”

“I usually cringe at letters or statements like this but I understand that I am of the privileged few who can afford to take time off. I won’t lose my job while working on my anxiety. With this letter and with ‘Stutz,’ I’m hoping to make it more normal for people to talk and act on this stuff. So they can take steps towards feeling better and so that the people in their lives might understand their issues more clearly,” he wrote.

Hill articulates that while he can take such a dramatic measure away from the typical pressures of his career due to privilege, the role of the privileged is to lift up the less. And by setting this example, that’s his goal.

Tom Holland is another star who recently quit social media citing the impact it had on his mental health.

That another male star was so candid about his health struggles can also only be a good thing for impressionable male fans looking for role models.

“I’ve taken a break from social media for my mental health,” the Spiderman actor said in an Instagram post.

“I get caught up and spiral when I read things online and ultimately it’s detrimental to my mental state,” he added.

When she was on top of the tennis world, Naomi Osaka, decided she wanted to stop. As the first Japanese-born player to win a Grand Slam tournament and to be ranked world number one, many wrongly assumed she could easily cope with high pressure situations.

But her decision to boycott the media prior to last year's French Open citing anxiety and depression was meet with as much condemnation as compassion. What a difference a year makes. Mental health issues are far less taboo now with a string of other high-profile athletes also sharing similar concerns.

Whether it’s taking a break from work for health reasons, setting up boundaries for your work for your own personal wellbeing, or just shutting down social media, a world where celebrities are open about their struggles is an important step against hustle culture.

Suicide: One person dies every 40 seconds, WHO reveals