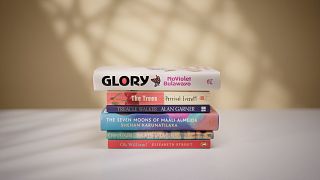 The shortlist for the Booker Prize has been announced with the oldest author ever making the cut.

If successful, Alan Garner, the only British writer on the list, will collect the prize on his 88th birthday.

The shortlist features his book ‘Treacle Walker’, the story of a young oddball, Joe Coppock, who befriends a wandering healer. The nod comes 55-years after Garner’s first literary award, the Carnegie Medal, for ‘The Owl Service’.

“These six books, we believe, speak powerfully about important things,” says chair of judges for the Booker Prize 2022, Neil MacGregor.

"Why did we choose these six? In every one, the author uses language not only to tell us what happens, but to create a world which we, outsiders, can enter and inhabit.”

What is the Booker prize?

Running for over five decades the Booker Prize is one of the leading fiction prizes in the English language.

The prize is awarded by a panel of judges for the best sustained work of fiction written in English published in the UK and Ireland. The winner receives £50,000 and £2,500 goes to everyone on the shortlist.

Among the shortlist of six for 2022, five are based on real events and people, with four offering readers an insight into world events.

Karunatilaka’s ‘The Seven Moons of Maali Almeida’ depicts the darkness of the Sri Lankan civil war and ‘Glory’ by Bulawago shows readers the downfall of Robert Mugabe in Zimbabwe.

Ireland’s Magdalene laundries receive a visit in ‘Small Things Like These’ and the horrendous lynching of Emmett Till in Mississippi is explored in ‘The Trees’.

Meanwhile, Garner’s Coppock character is loosely based on a real person and contains autobiographical elements. 'Treacle Walker' is also the shortest book on the list, containing around 15,000 words.

“Together, these six novels look at history and at the lives of individuals with wit, courage and rage, allowing us to see the world through many sets of supremely perceptive eyes.”

The 2022 winner will be announced on Monday 17 October in an awards ceremony held at the Roundhouse in London.