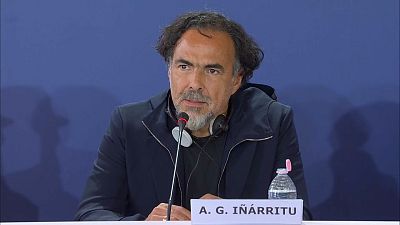 The Venice film festival is well underway with the film BARDO, premiering on Thursday.

Directed by five-time Oscar winner Alejandro Gonzalez Inarritu, it focuses on Mexican journalist and documentary filmmaker, Silverio Gama. His journey to his native country from his home in Los Angeles sparks existential reflection on themes including identity, success, mortality, family and the history of Mexico.

The film-maker has previously had films screened at the Venice Film Festival, however he is yet to bag the coveted Golden Lion accolade, for the best film.

It’s been said the film loosely chronicles the live of the director, although at a press conference he assured that it is an emotional journey and that "there is nothing autobiographical about it".

This is hard to believe as Inarritu began his press conference by pointing out that it was a very special anniversary for him and his family.

"On 1 September 2001 we left Mexico and went to live in Los Angeles, with great enthusiasm, we went for a year and it's already been 21".

Venice Immersive explores the Metaverse as a new Artistic Medium