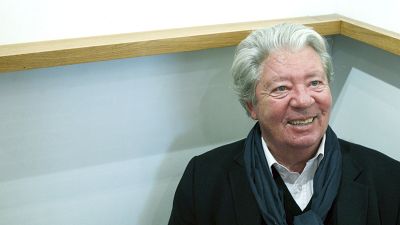 As well as his work on 'Le Petit Nicolas', an idealised vision of childhood in 1950s France which became an international best-seller, Sempé became known for his unique brand of droll humour, and illustrated more New Yorker magazine covers than any other artist.

Sempé’s wife, Martine Gossieaux Sempé, announced the death to AFP alongside a statement from his biographer Marc Lecarpentier.

"The cartoonist Jean-Jacques Sempe died peacefully (Thursday) evening, August 11 (2022), in his 89th year, at his holiday residence, surrounded by his wife and his close friends," said Lecarpentier.

French Prime Minister Elisabeth Borne led the tributes to the cartoonist, stating that "Sempé was the drawing and the text. It was smiles and poetry. It was sometimes tears in your eyes because you were laughing, and tonight, it's tears of emotion."

French President Emmanuel Macron wrote that “the jazz, the tender irony, the subtle intelligence … We will not be able to forget Jean-Jacques Sempé.”

Sempé, who originally wanted to be a jazz pianist and had a difficult childhood, dropped out of school aged 14 before lying about his age to join the army.

Army life didn't agree with him, however, and he began selling drawings to Parisian newspapers.

While working at a press agency, he befriended cartooning legend René Goscinny of 'Asterix' fame and together in 1959 they invented 'Little Nicolas'.

"The Nicolas stories were a way to revisit the misery I endured while growing up while making sure everything came out just fine," Sempé said in 2018.

Today the books are international best-sellers with more than 15 million copies sold in 45 countries, and have been adapted into a popular film and cartoon series.

The latest production inspired by the works, Amandine Fredon and Benjamin Massoubre’s Little Nicholas – Happy As Can Be, won the top prize at the Annecy International Animation Film Festival in June.

This French Alpine town will screen 500 animation films this weekend