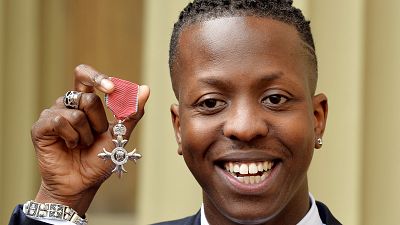 ARTICLE UPDATE (02/08/2022): Coroner releases conclusions on cause of death of entrepeneur Jamal Edwards.

An inquest held at West London coroner’s court into the death of Jamal Edwards, the founder of the pioneering online grime and rap platform SBTV who helped launch the careers of Ed Sheeran and Stormzy, has concluded that the cause of death was drug-related.

A toxicology report found there was evidence of cocaine use and presence of alcohol. Assistant coroner Ivor Collett added the cause of death was cardiac arrhythmia.

YouTube star and music platform entrepreneur Jamal Edwards, has died at the age of 31.

He was awarded an MBE in the 2015 New Year's Honours List for his services to music, particularly his platform SBTV, which helped launch the careers of a number of successful artists, notably Ed Sheeran.

His mother, Brenda, is a host on ITV's Loose Women in the UK. She paid tribute and confirmed the sad news on Monday morning.

Chart-topping London rapper AJ Tracey was one of the first to pay tribute as the news began to circulate on Sunday evening.

Another English rapper followed hard on his heels with a heartfelt dedication.

SBTV is a service that was built to discover new artists and has over 1 million subscribers.

No cause of death had been released at the time of publication.