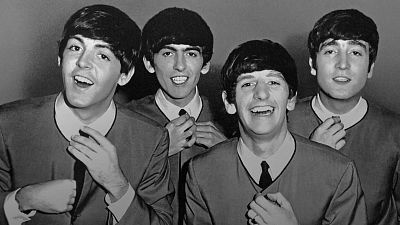 A new photography book titled 'With a Little Help from My Lens (My Time with the Beatles)' will be showing rare and never-before-seen images of the Beatles on and off duty.

The images were shot by photographer Tommy Hanley, who had a close relationship with the English band during the 60s.

Following Tommy's death, his son Tony Hanley decided to revisit the original black and white negative photographs taken by his father, and reprint many of them into colour.

The book features around 280 photographs - some of which already are well known but others which have never been seen before.

Tony Hanley believes his father's greatest achievement was that "he could be in a room with a camera without people feeling either that it was intrusive or that they had to pose."

One of the most iconic pictures taken by his father was of the 'Fab Four' looking straight into the lens, pretending to straighten their ties right backstage at the Odeon Cinema in Luton on 6 September 1963.

"That particular image just captures the fun, the liveliness, the vibrancy, the effervescence of them in their infancy," says Tony Hanley.

"You know, you get to 'Get Back' and, you know, they were deep in, kind of, doing stuff, whereas they were just four kids that were having a great time. And that image captures it."