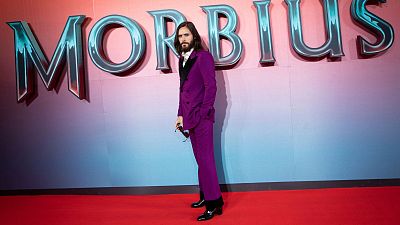 Cometh the meme, cometh the movie…is that the expression?

The relationship between traditional media like film and TV and their naughty cousin internet culture takes many shapes, but nowhere is it that shape more bizarre than the story of 'Morbius' – a film that flopped, and was brought back from the dead only to flop again. After being re-released in 1037 US cinemas last weekend, the movie made a dismal average of €270 (€253) per theatre.

Shareable memes often stem from TV shows, while nostalgic songs get a new lease of life on TikTok.In latter years however, traffic seems to have gone in the other direction, with films like ‘Zola’ being made from viral Twitter threads into award-nominated features on the big screen.

But in the latest iteration of the internet culture/movie franchise nexus, a terrible mistake was made.

We present to you; ‘Morbius, a tale in three parts.’

Was ‘Morbius’ a success?

The third movie set in the Sony Spiderman-Universe (SSU), ‘Morbius’ starred Jared Leto as a scientist who, along with his surrogate brother, suffers from a rare, debilitating blood condition.

In a desperate attempt to cure them both, the titular Dr Michael Morbius splices their DNA with that of a vampire bat. The good news is that he can now walk! The bad news is that he’s accidentally turned the pair into vampires, and they shortly devour the crew of the stateless waters-sailing research vessel he conducted the experiment on.

As many superhero movies do, ‘Morbius’ came out on top during its opening weekend, going straight to #1 of the box office in the US and grossing $39 million.

However, the following weekend it experienced a 74% drop in sales (the second worst-ever for a superhero movie), was sixth place in the box office by its third week in theatres and ninth by its fourth.

Meanwhile the writing and visual effects were panned by critics who slammed Leto’s po-faced performance; a performance Leto reportedly was so committed to that he took bathroom breaks in a wheelchair to stay in character.

What is ‘Morbin time’?

Soon after the film’s release the memes began to roll in.

the lamestream media just doesnt know genius cinema when they see it #MorbiusSweeppic.twitter.com/irTKEw97UY

One genre of tweets celebrated supposed large sums raked in by ‘Morbius’ at the box office, or made Trumpian style claims about standing ovations at screenings.

Meanwhile, a slew of fake catchphrases which were never even said in the film began to take off, with ‘It’s Morbin Time,’ featuring heavily in the high-jinx and mockery.

Users even created a fictional video game of the film, joking about its popularity.

Game of the Year babyyyyy#MorbiusSweeppic.twitter.com/dTLKEOz3RV

Things reached a surreal fever pitch when Leto himself joined the fray, tweeting out a video of himself reading a script for the so far uncommissioned ‘Morbius 2: It’s Morbin Time’.

What time is it? pic.twitter.com/IuWR72WCc9

Is Morbius back in theatres?

Unfortunately a few weeks of internet banter does not make a cult classic, and Sony learned the hard way that memes don’t exactly translate into ticket sales.

(for lowest per theater revenue)#MorbiusSweeppic.twitter.com/9fUS4vTd4K

So, from what I've gathered, I'm assuming this is the plan#MorbiusSweeppic.twitter.com/P6mJpmTILv

And so, the second opening weekend of ‘Morbius’ was also a flop, with the film recouping only €261,990.

In a tragic twist, the film’s poor rerelease showing was also predicted by Twitter users, maybe the only universe Sony should be paying attention to is this one.

Which films have got audiences dressing up for screenings

In Pictures: The stunning winners of the Creative Photo Awards 2022