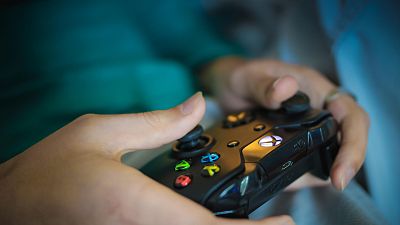 France has introduced a list of French words and expressions to replace common English gaming jargon in the country’s latest battle against “franglais”.

The alternative expressions were published in the Sunday (May 29) edition of France’s Journal Officiel—the government gazette of the French Republic—making them the official terms to be used by government workers.

Among the expressions affected are “early access”, which now becomes “accès anticipé”, “pro-gamer” which is now “joueur professionnel”, and “cloud gaming”, which will now be known as “jeu vidéo en nuage”.

Video games "are a sector where a lot of anglicisms are used", the Ministry of Culture told AFP, adding that this can be "a barrier to dissemination and understanding" for non-players or for those who don't speak English.

Protecting the French language from anglicisms

France has a centuries-long tradition of keeping a vigilant eye on its language, with its linguistic watchdog the Académie Française tasked with establishing 'correct' use of French.

In February, it issued a warning against the use of English words, citing the example of France's national rail company's brand “Ouigo”, a play on the English “we go.” Or the adoption of the words “drive-in” and “big data.” The academy sees these as a “degradation” that must be avoided.

However, previous attempts to convert English tech terms to French have not always been successful. One notable example is “l'accès sans fil à internet” for “wifi.”

As of Monday, all government workers are prohibited from using English gaming words and must use their French equivalents. Time will tell if the rest of francophone society will accept these new rules.

You can find the full list of expressions here.