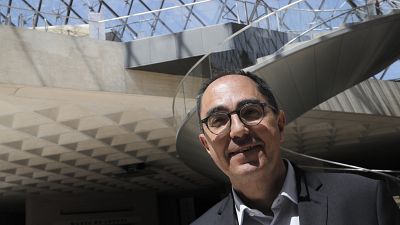 A former president of the Louvre has been indicted for money laundering   -   Copyright  Christophe Ena/AP Photo
By Euronews with AFP  •  Updated: 27/05/2022

The former president and director of the Louvre Museum in Paris was indicted on Wednesday and placed under judicial supervision after an investigation into antiquities trafficking from the Near and Middle East.

According to the French newspaper Le Canard enchaîné, which broke the news, Jean-Luc Martinez is charged with "complicity in organised fraud" and money laundering.

Investigators are trying to establish if Martinez "closed his eyes" to fake certificates of origin for five pieces of Egyptian antiquity.

He has denied any wrongdoing.

Martinez was taken into police custody and interviewed by the Central Office for the Fight against Trafficking in Cultural Property (OCBC) along with two eminent French Egyptologists, Vincent Rondot and Olivier Perdu, both of whom were released without charge.

Antique trafficking involves the knowing exchange of illegally-acquired antiquities and artefacts around the world. Artefacts are commonly taken from illegal or unregulated excavations.

Martinez directed France's most famous art museum from 2013 until September 2021, when Laurence des Cars took over the helm.

We reached out to the Louvre for comment on the investigation, here's what they had to say:

"During the ongoing investigation the Louvre Museum will not comment on the matter."