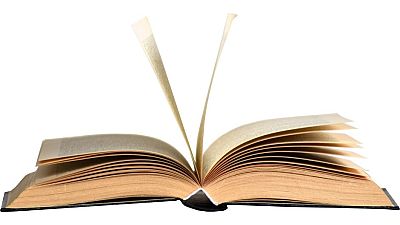 Mohamed Alnaas has won the 2022 International Prize for Arabic Fiction (IPAF) for his debut novel 'Bread on Uncle Milad's Table'.

The novel was chosen by judges on Sunday night as the best work of fiction published in Arabic between July 2020 and June 2021.

Alnaas, 31, is the youngest writer and the first Libyan to win the IPAF, although he was not present at the award ceremony as it returned after a three-year hiatus.

'Bread on Uncle Milad’s Table' is Alnaas's debut novel and was written in six months during the lockdown and whilst his home city of Tripoli was under bombardment.

Alnaas said writing the book was "his refuge from insanity" amid news of COVID-19 and the war in Lybia.

Born in 1991, he is a short story writer, journalist and electrical engineering graduate from the University of Tripoli.

The novel, which was published with support from the Libyan Arete Foundation, is about masculinity in Libya.

Set in a rural village, it follows the story of Milad as he struggles to live up to ideals surrounding what it means to be a man.

"Bread on Uncle Milad’s Table questions static ideas of gender and champions the individual in the face of destructive ideas adopted by the majority," said the IPAF in a press release.

In addition to winning $50,000 (€46,900), Alnaas is guaranteed funding for the English translation of his novel. He can also expect an increase in book sales and international recognition.

Alnaas was named this year's winner by the chair of judges Shukri Mabkhout during the ceremony held in the capital of the United Arab Emirates (UAE), Abu Dhabi.

"The winning novel is written in the form of confessions of personal experience," he said. "Its plethora of detail is deftly unified by a gripping narrative.

"This offers a deep and meticulous critique of prevailing concepts of masculinity and femininity and the division of work between men and women, and the effect of these on both a psychological and social level," Mabkhout added.

Alnaas's work was chosen from a shortlist of six novels by authors from Egypt, Kuwait, Libya, Morocco, Oman and for the first time, the UAE.