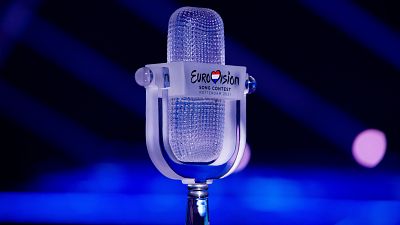 Canada will officially join the Eurovision Song Contest for 2023.

The annual musical contest will add the North American country to its roster for the first time in its 67 year history.

As the home of Joni Mitchell, Neil Young, Leonard Cohen, Justin Beiber, Drake and The Weeknd, Canada certainly has its fair share of international music pedigree. It even already has its own Eurovision winner.

The 10 provinces of Canada will battle it out in qualifier competitions in the hope of reaching the semi-finals and the Grand Finale competition.

The build-up competition to find Canada’s Eurovision entry will be called “Eurovision Canada” and will premiere in 2023.

“It is time for Canada to join the party and become a player in this worldwide spectacle. The love of music is universal and the celebration of music’s different genres and styles transcends boundaries, uniting people in a way that no other art form can,” said Martin Österdahl, Executive Supervisor of the Eurovision Song Contest

“We are excited to have found the best partners to offer another version of this joyful phenomenon to new fans and to share this remarkable competition with the Canadian people.”

Canada is by no means the first non-European country to join the Eurovision roster.

Since the 70s, the competition has expanded to include many countries not within the confines of Europe, despite the title.

Israel was the first country to join the Europe-dominated competition in 1973. After that, many transcontinental countries joined. These include Turkey, Russia, Georgia, and Azerbaijan in 1975, 1994, 2007 and 2008 respectively.

Lebanon, Tunisia and Qatar have also looked into entering the competition before, but it has never materialised.

With the increasing global span of the competition, Eurovision’s political roots have also been tested by geopolitics over the years.

The 2022 competition will be hosted in Italy, after Italian entry Måneskin won last year’s event.

Ahead of the 2022 competition this year in Turin, Russia was banned from entering by the European Broadcasting Union (EBU).

"The decision reflects concern that, in light of the unprecedented crisis in Ukraine, the inclusion of a Russian entry in this year’s Contest would bring the competition into disrepute,” an EBU spokesperson said at the time.

This was despite a previous statement claiming the political neutrality of the competition.

It’s not the first time Russia has been barred from the contest either. The last time it was Ukraine that disallowed the country to compete when it hosted the competition in 2017. Ukraine did not allow the Russian representative, Julia Samoylova, entry to the country. Ukraine held that she had performed in Crimea after entering via Russia, which is illegal in Ukraine.

Georgia was also banned from the competition when it was held in Russia in 2009. Its song "We Don't Wanna Put In" was rejected for its apparent political criticism.

Thank you 2021 for the music: from Eurovision to Abba