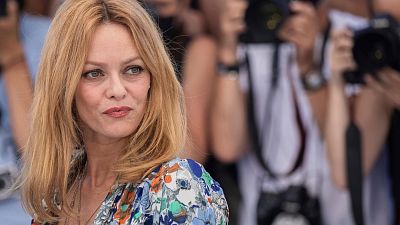 Britain and France are separated geographically only by a narrow stretch of water. But in musical terms it seems there's a language barrier that stops French music being widely appreciated in Britain.

That's not to say French artists don't do well commercially in the UK, far from it, however songs in French have never really troubled the British charts, even as songs in English by British musicians are a mainstay south of La Manche.

So what are some of the most memorable French-language hits in the UK? When it comes to methodology we looked at songs that are mostly sung in French, no matter where the artist is from. Songs with a French title, or a few words of French in the chorus don't make the cut (sorry, Abba's 'Voulez-Vous'; or Kylie Minogue's 'Je ne sais pas, pourquoi').

Here's our top 10 favourite French tracks that lit up the British charts:

Former Rolling Stones bass player Bill Wyman will have his high school French teacher wailing "Sacre bleu!" when they hear the pronunciation on this early 80s track. Although he sings the first half of the song in English, the chorus kicks in with dodgy rhymes including: "Je suis un rock star / Je avais un residence / Je habiter la / A la south of France...

Belgian act Plastic Bertrand cracked the top 10 in autumn 1977 with this madcap song which translates (roughly) as "everything's going fine for me." Just look at the performance as well - bouncing around on a trampoline on national television. Fun fact, the vocals on this song were not performed by Monsieur Bertrand, but by the song's producer Lou Deprijck instead.

This breathy ode to lust was originally written by Gainsbourg for French actress Brigitte Bardot but hit the #1 spot in the British charts in 1969 with English singer and actress Jane Birkin. Banned in a number of countries for lyrics such as "I go and I come, between your loins" and "you are the wave, me the naked island", 'Je t'aime... Moi Non Plus' was the first foreign language song to reach the top of the British charts.

This is another of those songs half in English, half in French and it's actually a cover of a hit from the early 60s that gave Blondie their breakthrough success in the UK and Europe. The song reached #2 in the British charts in early 1978.

There's not a great deal of lyrics in this 1997 dance track by Versailles-based group Air... but what lyrics there are, are definitely in French. The song peaked at #13 in the British charts where it was appreciated much more than in the band's homeland - it only reached #65 in France.

This is another hit from a Belgian artist, which was huge across Europe reaching #1 in 20 countries in 2009. Unfortunately it wasn't quite so popular in the UK hitting #25 in the singles chart and #5 in the UK dance chart. Although the artist behind Stromae - an anagram of Maestro - Paul Van Haver went on to have more music and fashion success in France, he hasn't had another UK hit yet.

This song was a juggernaut for the Quebec chanteuse, spending 12 weeks at #1 in France and reaching #7 in the UK singles chart as well - Dion's biggest French-language hit in Britain to date. She re-recorded it in English as 'If That's What It Takes' for inclusion on her 1996 album 'Falling Into You' but it's the French version which remains the most well known by far.

When former Communards and Bronksi Beat singer Jimmy Somerville teamed up with singer June Miles Kingston in 1989 to record a house version of 'Comment te dire adieu', it had already been recorded numerous times by different artists going back more than two decades. Their infectious poppy take on the track made an impression with British music fans as it hit #14 in the charts.

When 'Voyage, Voyage' was first released in 1986 it didn't even break the top 50 in the UK charts - despite being a success elsewhere in Europe. It took a remix a few years later for the track to become popular, and it peaked at #5 in the UK singles charts in 1988. Atmospheric, with a relentless Eurodisco beat, 'Voyage, Voyage' combined slick production values with Desireless herself -- the stage name of French singer Claudie Fritsch-Mentrop -- adding mystique with every performance.

The singer and the song which set a million teenage boys' hearts racing, 'Joe le Taxi' peaked at #3 in the UK chart back in 1987 - long before Vanessa Paradis was an award-winning actor, singer, model, or married to Johnny Depp. With its moody saxophone and sparse production values, 'Joe le Taxi' tells the story of a real-life Portuguese taxi driver in Paris -- Maria José Leão dos Santos -- who fled her homeland due to her sexuality.

The track paints a picture of a Joe as she navigates the night listening to vintage rock, mambo and rumba in between picking up customers. No wonder music lovers were so enthralled by the song - Paradis' biggest hit in the UK and the last biggest French-language chart success.

Some honourable mentions to go to French band Christine and the Queens whose debut album 'Chaleur Humaine' is half in English, half in French, and was one of the biggest-selling albums in the UK in 2016.

And if we had space for a number 11 on our list then French singer Alizée, with her 2000 sultry electro dance hit 'Moi... Lolita' would have made the cut. She peaked at #9 in the UK charts.

Also on this list Edith Piaf who had one solitary UK chart hit in the 1960s, when 'Milord' cracked the top 30.

And who could forget The Singing Nun and her 1963 hit 'Dominique'? Belgian nun Sister Luc Gabriel hit the #1 spot in the US Billboard Hot 100 chart with the track, which also reached #7 in the UK.

Unfortunately there's no happy-ever-after outcome for Sister Luc Gabriel who saw almost none of her royalties from the global success of her song. She fell out with her religious order and the Catholic church and died from an overdose with her long-time partner in 1985.

George Harrison's wife to release poems about the Beatles guitarist

'Be loud and yell about everything': Ukraine's musicians speak out

Sting sells back catalogue to Universal as stars buy into licensing