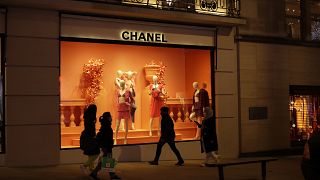 Russians are being denied the chance to buy luxury goods even outside the country. Not content with just closing its shops in Russia, fashion brand Chanel has moved to prevent Russians from buying its clothes, perfumes and other luxury goods abroad.

Earlier this week, social media influencer Anna Kalashnikova attempted to buy some earrings and a bag from Chanel in Dubai. The manager, she alleged, told her: “We know you'll be taking purchases to Russia, so we can't sell our brand's items.”

Kalashnikova described the move as “Russophobia in action”.

In early March, Chanel, alongside other major fashion houses LVMH, Kering, Hermès and Richemont, closed all its stores in Russia in response to the war.

The brand has since confirmed it will now require customers to pledge any purchases valued over €300 will not be taken back to Russia.

In a statement, Chanel explained this is just to comply with trade sanctions that the EU and Switzerland have imposed on the country.

“The most recent EU and Swiss sanction laws include a prohibition on the ‘sale, supply, transfer or export, directly or indirectly, of luxury goods to any natural or legal person, entity or body in Russia or for use in Russia’,” it read.

“We have rolled out a process to ask clients for whom we do not know the main residency to confirm that the items they are purchasing will not be used in Russia."

Russian TV producer Yana Rukoskaya, claims she has spent over €1 million at Chanel over the years. The ban, she said, was “somewhat humiliating.”

Qin Wang, a professor of marketing and innovation at Warwick Business School, said Chanel’s strategy is a risky one. Recent research from the PR firm Clutch found 63 per cent of those surveyed said they were likely to continue shopping at businesses that stayed silent on issues they cared.

“People’s true opinion on whether Chanel’s actions are appropriate, or a step too far that borders on Russophobia (which could be damaging to the brand), remains to be seen,” Wang said.

Nevertheless, some non-Russians have praised the ban. “It’s bold for Chanel. This is almost unprecedented," said Long Nguyen, chief fashion critic for The Impression.

"The house is putting its principles above the buck. Russia is one of its biggest luxury markets, and Chanel is certain to suffer financially from this choice. But it’s also political for the brand as it wants to appeal to Gen-Z clients who are largely opposed to the war."

There is also uncertainty as to how effective the policy will be. The Russian billionaire Artem Zuev’s wife, Snezhanna Georgieva, has claimed getting around it is all a matter of knowing the right people. “We know some boutiques that are still open when a regular customer calls them,” she said.