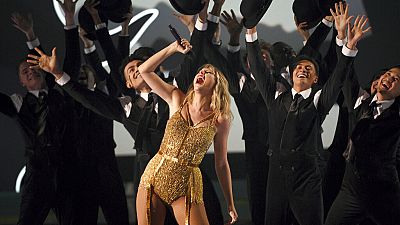 A Cambridge University academic’s new treatise on teaching Latin in the 21st century has become a runaway online hit after suggesting the lyrics of Taylor Swift be incorporated into the classroom to make the ancient language more accessible.

Published on Thursday, Steven Hunt’s Teaching Latin: Contexts, Theories, Practices is intended as a guide for teachers of Latin in contemporary classrooms.

It includes chapters on access, diversity and inclusion, and the future of language-learning after COVID-19, bringing a fresh perspective to a discipline often thought - not without statistical evidence - to be the exclusive preserve of private schools.

But it’s Hunt’s prescriptions for new, up-to-date reference points that caught the eye of observers this week. Alongside the aforementioned star (more on which below), teachers are encouraged to draw on video games like Minecraft and songs from Disney films to bring the language alive for today’s pupils.

He posits that Latin should be taught less through rote-learning and from textbooks, and more like a modern foreign language, with students invited to engage creatively with the subject through activities like speaking, singing and creative writing.

"Latin's role as the gatekeeper to an elite education is over,” he said. “Involving more students, especially in state schools, remains a problem.

"The challenge for teachers in the years to come will be whether they are prepared to grasp these opportunities to present the subject differently, and widen the appeal for students, or whether they prefer to stick to familiar routines."

Hunt is not the first pedagogue to promote the use of pop culture as a new way into learning a millennia-old vernacular increasingly distant from our own.

Keith Massey, a Wisconsin-born former NSA counter-terrorism agent and linguist, has for more than half a decade been producing Latin covers for YouTube of The Beatles, Adele, Christmas songs and – to the delight or chagrin of parents the world over – Let it Go from the Disney film Frozen.

Shake it Off: Surprisingly instructive in Latin

So, what does a Latin re-rendering of Taylor Swift’s 2014 smash hit, and as the Euronews team established, most collective earworm-inducing track, bring to the table for students today?

For one thing, it turns out Swift’s Shake it Off is untranslatable line-for-line without an awareness of indirect speech in Latin, and specifically, a very important construction known as the Oratio Obliqua.

Instead, it should be broken up into two verbal sentences, with Swift’s active “I” as the subject for each (“I stay out too late/I have nothing in my brain"). If students are taught the Oratio Obliqua, this can then be followed by reported speech: “Ita grex dicit” / roughly, “The herd says so”.

The concept of going on too many dates in the way Swift means it is difficult to translate because of the intervening 2,700 years of socio-cultural change.

Finally, they pointed out that Shake it Off is a brilliant means for students to learn the subjunctive mood: a way of conjugating verbs, no longer in use in English, that conveys uncertainty, impression or value-judgement rather than fact.

By learning the subjunctive mood in Latin, students can translate Swift’s chorus in such a way that listeners understand the haters might well hate; however, they also might not.

Taylor Swift: Shake it Off

I stay out too late

Got nothing in my brain

I go on too many dates

But I can't make them stay

At least that's what people say

Note to readers: "Whoo-hoo-hoo" is rendered the same way in Latin and English. Which is a relief.

Polyglot or mono: the word wars in Brussels

Travel back in time with the 'Google Maps' of Ancient Rome