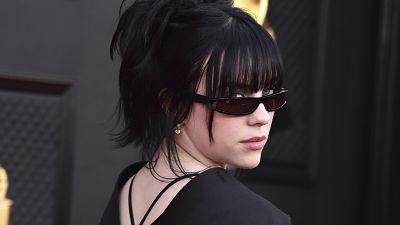 The 64th Grammy Awards are just kicking off, so we thought we’d give you the lowdown on what to expect and who to watch out for before the biggest night in the musical calendar.

The Oscars for music has always been a bloated affair. Catching up with the nominees for all 86 categories - I know, 86! - would be no mean feat.

The ceremony will take place for the first time in Las Vegas, at the MGM Grand Hotel. The original plan was for the ceremony to be hosted in long-time Grammy venue Crypto.com Arena in Los Angeles in January. But a COVID-related postponement has pushed the ceremony to April and its debut in Sin City.

Compere for the evening is comedian Trevor Noah returning for the second time. Hosting any award ceremony is a daunting task as the compere will be trying to add some levity to a room of expectant hopefuls.

This time, Noah might feel some extra trepidation having seen the way his colleague Chris Rock’s jokes went down with audience members at last week’s Oscars. Here’s hoping #slapgate doesn’t get a sequel. If it does though, an academy representative has already said “there are plans in place for a variety of scenarios,” whatever that means.

Why is this night different?

The big difference this year is in how nominations for awards work. In the major categories, nominations have increased from eight to 10. And the amount of work you needed to do to be included in a nomination has been reduced.

The old rules stipulated someone needed to have worked on at least 33 per cent of a record to be nominated. Now, if a writer, producer or engineer has worked on just one song of an album, they’re eligible for nomination.

Other changes include an alteration to the Dance music category to now be the Best Dance/Electronic Recording and adding new categories for Best Global Music Performance and Best Música Urbana Album.

One of the biggest highlights of any Grammy Awards ceremony are the musical performances. Some of the biggest names of the past year will take centre stage and attempt to wow global audiences.

Two of the original planned performances have had to be cancelled though.

First was a performance by Ye (Kanye West) that was pulled after “concerning online behaviour” that is most likely in reference to his use of a racial slur against host Trevor Noah on Instagram.

A performance from the Foo Fighters also had to be cancelled after the sudden death of drummer, Taylor Hawkins.

And a performance from South Korean boyband BTS is also in the lurch as two members of the group have just tested positive for COVID.

Still, there’s plenty to tune in for on the night. R&B supergroup Silk Sonic, the brilliant combination of Bruno Mars and Anderson .Paak will kick off proceedings.

Leading the pack with nominations is Jon Batiste. With 11 noms, Batiste’s potential awards include Record of the Year for ‘Freedom’ and spans seven categories including: General Field, R&B, Jazz, American Roots Music, Music For Visual Media, Classical, and Music Video/Film.

With eight nods, Justin Bieber, Doja Cat and H.E.R. are tied for second most nominations.

In third place with seven nominations each are Billie Eilish and Olivia Rodrigo. Rodrigo is nominated in all four of the general field categories, making her the 13th ever artist to do so. If she wins all four, at 18 she’ll tie with Eilish as the youngest to do so, after she achieved it in 2020.

Here are the nominations for the general field categories:

Record of the Year

“I Still Have Faith in You”, Abba

“I Get a Kick Out of You”, Tony Bennett and Lady Gaga

“Happier Than Ever”, Billie Eilish

We Are, Jon Batiste

Happier Than Ever, Billie Eilish

“Happier Than Ever”, Billie Eilish