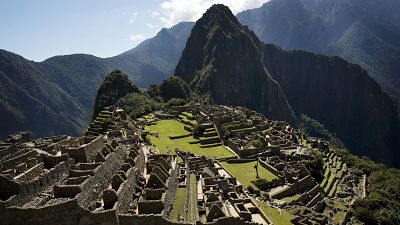 It's the go-to place for references to ancient South American culture.

Peru's Machu Picchu stands, 2,430 metres above sea level, as a testament to Inca culture and settlements.

It was thrown into public awareness by the explorer Hiram Bingham in 1911 and nearly a century later was voted one of the New Seven Wonders of the World.

But a hitherto little-known academic paper released a few months ago in August 2021 has made quite another discovery.

The authors - Donato Amado Gonzales, a historian from Peru’s ministry of culture and archaeologist Brian S. Bauer from the University of Illinois - outline their thesis here:

"This paper assesses the original name of the Inca settlement now known as Machu Picchu. We examine three data sources: the field notes of Hiram Bingham, toponyms on nineteenth-century maps, and information recorded in seventeenth-century documents. The results uniformly suggest that the Inca city was originally called Picchu, or more likely Huayna Picchu, and that the name Machu Picchu became associated with the ruins starting in 1911 with Bingham’s publications."

So the name wasn't completely erroneous. Nevertheless, Gonzales and Bauer's research has shed light on the veracity of single historical sources.

“We began with the uncertainty of the name of the ruins when Bingham first visited them and then reviewed several maps and atlases printed before Bingham’s visit to the ruins,” said Bauer, UIC professor of anthropology, told his University media team. “There is significant data which suggest that the Inca city actually was called Picchu or more likely, Huayna Picchu.”

The paper highlights how the ruins of an Inca town called Huayna Picchu are referenced in an atlas that was published in 1904, seven years before Bingham's discovery.