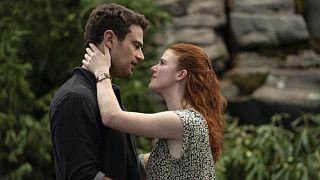 Popular novel 'The Time Traveller's Wife' is getting a second adaptation courtesy of HBO it was announced on Thursday.

The novel, penned by Audrey Niffenegger, was previously made into a popular film starring Rachel McAdams as the titular wife, Clare, who finds herself married to a man called Henry who inconveniently disappears in time at random intervals.

Henry, played by Eric Bana in the 2009 film, has no control over his powers and the story charts their rocky romance from Clare's girlhood to Henry's untimely demise.

The series will be produced by Stephen Moffat who previously worked on hit shows 'Sherlock' and 'Doctor Who'.

“This is a story of loss but it’s not a tragedy,” says Moffat.

“It's about a time traveler but it’s not science fiction. Despite Clare and Henry’s time scrambled relationship, this is the tale of a grand, ordinary love - but not necessarily in that order.

"This is a dream project for me. I have always loved Audrey Niffenegger’s extraordinary, moving novel and it has inspired me many times, so to be adapting it for television is the thrill of a lifetime."

What is real and what is fake in new Netflix drama 'Inventing Anna'?