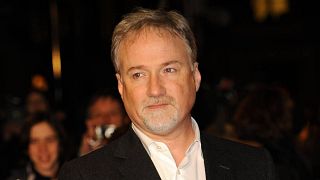 David Fincher says he was dumbfounded by China's decision to edit the ending of his 1999 movie 'Fight Club'.

The movie adaptation of Chuck Palahniuk's novel was uploaded to China's largest streaming service Tencent Video last month and fans of the film were quick to notice the change.

Instead of narrator Edward Norton's character watching as nearby buildings collapse after his bombs detonate, the film cuts to black and text announces that police officers foiled the plan.

Usually soundtracked to Pixies classic ‘Where Is My Mind?', the stale new edit opts for a documentary-like ending to avert the chaos, cutting 12 minutes from the film.

In an interview with Empire magazine, Fincher questioned why the service would license his film if they didn't like the ending.

"If you don't like this story, why would you license this movie?" he asked.

"It makes no sense to me when people go, 'I think it would be good for our service if we had your title on it... we just want it to be a different movie.' The f––king movie is 20 years old. It's not like it had a reputation for being super cuddly."

China has a reputation for editing Western films, but until recently this tended to be before they hit cinemas.

One minute of content was cut from 2019's 'Bohemian Rhapsody' featuring Freddie Mercury's involvement with drugs and same-sex relationships. This practice has been going on for a long time – a famous scene from 'Titanic', where Kate Winslet's character poses nude to be painted, was altered in 1998 to show her from the neck upwards.

Other cases have seen the removal of one-liners and violence.

Now, the approach has bled into streaming, with the country making headlines on 15 February for removing mentions of homosexuality when 'Friends' appeared on Bilibili, Tencent, iQiyi and Youku's platforms.

Fincher noted the ending in China is closer to the finale of Palahniuk's novel, in which the character's plan to destroy civilisation fails because the bombs malfunction.

"It's funny to me that the people who wrote the Band-Aid (ending) in China must have read the book, because it adheres pretty closely," the filmmaker said, before explaining that Chinese officials never gave details about what cuts would be made.

"A company licensed the film from New Regency to show it in China, with a boilerplate (contract): 'You have to understand cuts may be made for censorship purposes.' No one said, 'If we don't like the ending, can we change it?' So there's now a discussion being had as to what 'trims' means," he shared.

The original ending has been restored in China following the backlash.

Some foreign films betray sense and sensibilities for China censors