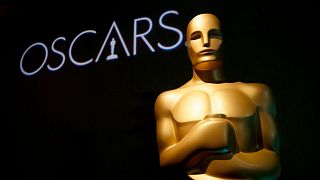 The nominations for this year's Oscars have been announced ahead of Hollywood's biggest night on 27 March.

Actors Tracee Ellis Ross and Leslie Jordan headed up this year's formalities as 'The Power of the Dog' led the pack with 12 nominations, making it one of the most nominated pictures in the Academy's history.

Despite the presumed predictability of its frontrunners, the ceremony was not without its surprises – internet treasure Leslie Jordan's name pronunciations, for one.

whatever name Leslie Jordan calls you, that is your name now

Here are 7 things you should know about this year's Oscar nominations.

Jane Campion is now the first woman to be nominated a second time for Best Director.

The New Zealander was selected once in 1993 for 'The Piano' (which also went home with that year's Cannes Palme d'Or) and again in 2022 for this year's most-nominated film, 'The Power of the Dog'.

Her nomination for 'The Piano' made her the second woman ever recognised in the category. To date there are a grand total of seven.

Does this and Chloé Zhao's success with 'Nomadland' last year suggest an exciting new frontier for female filmmakers? It's hard to say just yet. Thirty years on and things have changed just enough to be noticeable.

2. A series of disappointments for the 'House of Gucci' campaign

Those responsible for the House of Gucci's will be trawling through their own right now. What went wrong for a project so firmly formed around the tastes of a surefire Oscar triumph?

The closing months of 2021 saw an intensely quotable press run from the Ridley Scott drama. Accounts from the cast that were as chaotic as they were charming.

Lady Gaga spoke in an Italian accent for 6 months to prepare for the role. Slice Jared Leto in two and you'll find olive oil, he says. Adam Driver was...Adam Driver throughout the whole thing. Now they'll likely be asking – for what?

A film modelled on theatrics, style and excess was only able to snag one nomination, for 'Makeup & Hairstyling'.

A consensus from the film's mixed reviews that Stewart's performance was the best thing about it.

The BAFTAs are no duplicates of the Oscars, but they often lay down a map for what could happen. Based on their conclusions, things weren't looking good for the aspiring first-time nominee, so much so that she trended on Twitter over the decision.

This collective worry has since been quashed as today confirmed Stewart isn't in for a double-snub.

However, Nicole Kidman's own biopic performance as Lucille Ball in 'Being The Ricardos' remains the favourite.

4. A world of success for Danish-produced 'Flee'

'Flee' tells the story of Amin, a thirty-something academic who has built a life for himself in Denmark after fleeing Afghanistan alone as a young homosexual refugee.

The film was described as an "instant classic" when it debuted on the festival circuit last year.

Foreign-language features tend to be firmly confined to categories designed to highlight their 'other-ness'. It's a problem the Academy has been slow to resolve, so the likes of 'Parasite' and 'Roma' elected to do it themselves with their own Oscar successes.

'Flee' is the Oscars needs to move the process along to even greater heights.

5. Netflix's torrential affair with the Academy reaches a loving end

2022 had Netflix pegged as the first studio since 1976 to score three 'Best Picture' nominations in one year.

Though 'Don't Look Up' and 'The Power of the Dog' made the cut, 'Tick, Tick...Boom!' missed out by the skin of its teeth, landing two nominations elsewhere.

Two out of three certainly isn't bad, if you cast your mind back to half a decade ago. The Oscars were notoriously resistant to platforming, or even acknowledging the existence of streaming-based cinema.

For some time its rules actively went against the submission of said content. Now, they make up a substantial portion of almost all its categories.

Of course, these productions all have their own merits. But each has Alfonso Cuarón's 'Roma' to thank.

The Spanish-language black and white drama fell into the laps of the Academy via the streaming platform in 2019 and they couldn't resist. Ten nominations and a 'Best Picture' win later, they had no choice but to give up and commit to a new age of cinema.

2022's Oscar frontrunners are a bold bunch. The disparity between the most and least-nominated films feels wider this year.

Four Oscar nominations would be a mean feat for any motion picture. But the credentials offered to 'Licorice Pizza', 'Don't Look Up', and 'Being The Ricardos' feel dwarfed by 'Dune' and 'The Power of the Dog' hitting double digits.

Both productions should approach the ceremony with a level of caution – films that score nominations of that gravitas can go either way on the night.

The record holders for the most Oscar nominations ended their ceremonies on very different notes.

'Titanic' managed to take home almost all of its 17 nominations, while 'La La Land', despite being an excellent musical, is more closely remembered for its accidental 'Best Picture' mix-up with 'Moonlight' in 2017.

Three European titles made the cut for 'Best International Feature Film' of the five selections.

'Flee', an Italian homage to footballer Diego Maradona 'The Hand of God', and the third film in Norwegian director Joachim Trier's Oslo Trilogy, 'The Worst Person in the World' came through in one of the most competitive categories out there.

Each country is only allowed to make one submission, so you're forced to choose the absolute best.

Surprise 'Best Picture' nomination and Japanese submission 'Drive My Car' is likely to eclipse them in this category, but it's good to see the breadth of the continent's filmmaking on display.

Here are the nominees for the 94th Academy Awards in full.

Actor in a Leading Role

Actress in a Leading Role

Actor in a Supporting Role

Actress in a Supporting Role

Who predicted the right films?

Over the Academy Awards' 94-year history, film fans have adopted some scarily accurate methods for establishing who will land what.

The Producer's Guild of America (PGA) has successfully predicted 22 of the 32 winners of the 'Best Picture' Oscar since its creation, making their selections a reliable indication of who will be in the running.

But that's not all.

One prediction method that always grabs public attention lies in the hands of just one individual – Ben Zauzmer, better known as @BensOscarMath.

For the past 11 years, the statistician has used mathematics to predict each year's best contenders.

This year, his methods correctly predicted all but one – 'Drive My Car' once again cements itself as a shock nomination where 'Being The Ricardos' and 'Tick, Tick...Boom!' were favoured.

Zauzmer's predictions are so precise he has written a book about it and amassed over 16 thousand followers.

BEST PICTURE: Power of the Dog, Belfast, Dune, Licorice Pizza, and West Side Story are near-locks, with King Richard, CODA, and Don't Look Up in decent position. Plenty of contenders for those last two spots. pic.twitter.com/xmIIQ1Os0I

Little Monsters will be saddened that his all-important 'Best Actress' prediction for Lady Gaga's run as Patrizia Reggiani in Ridley Scott's 'House of Gucci' didn't come to fruition.

Though placing Will Smith in pole position for 'Best Actor' for his portrayal of Serena and Venus Williams' father, Richard Williams, in 'King Richard' was a wise move.