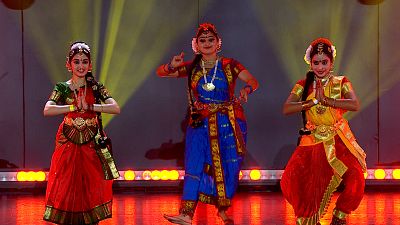 India’s Republic Day marks the official date the independent republic of India was born in 1950 after cutting ties with almost 100 years of British rule.

One of the largest Indian diasporas can be found in the UAE, which is home to almost 3.5 million Indian expats. The community represent the UAE’s largest ethnic demographic, according to the UN Department of Economic and Social Affairs. It constitutes around 30 per cent of the country’s population and 51 per cent of Dubai’s overall population, which is the emirate where the greatest number of Indians reside.

The Indian community has played a major role in the economic development of the UAE and the factor that distinguishes it from other expat groups in the country is not only its size but also the breadth of roles it serves across the workforce.

According to data from the Indian Embassy in the UAE, 65 per cent of Indians belong to the blue-collar category, mostly employed in construction and agriculture, 20 per cent are white-collar non-professionals, such as clerical staff, shop assistants and salesmen, and 15 per cent are business professionals.

“The UAE hosts the single largest group of Indian nationals [outside of India]," says Dr Amam Puri, the UAE’s Consulate General of India. "They are all deeply connected with their motherland they remember their time in India."

“They're very patriotic, so they want to connect and celebrate and, of course, once you're living abroad, your connection and your nostalgia with your country are far stronger.”

Raising India’s national flag is a key element of Republic Day celebrations. Loaded with meaning, the flag’s design was partly inspired by Mahatma Gandhi who suggested the chakra symbol at its centre.

The flag could be seen all across Dubai on Republic Day. Dr Puri kickstarted celebrations at Expo 2020 Dubai at the Indian Pavilion by raising the flag, this was then followed by music and dance performances by artists from India and Dubai honouring the many traditional Indian dance forms from Bharatnatyam and Ghoomar to Bhangra and Garba.

The flag was even faithfully replicated in food across Dubai with special menus of tricolour biryani and tricolour paneer tikka widely available. Dubai’s China Bistro restaurant served limited edition tricolour dumplings, but perhaps the most intricate emulation of the flag was in Yummy Dosa’s tricolour dosa. The Mumbai street food purveyor – famous for its 99 varieties of dosa – used chilli, cheese and tomato on a dosa pancake to represent the colours of India’s beloved flag.