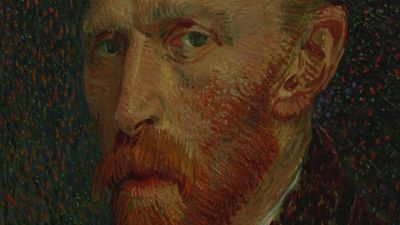 The recently reopened Courtauld Gallery in London is set to host an display that expands on one of its long term must-see paintings – Vincent van Gogh’s Self-Portrait with Bandaged Ear.

It's one of sixteen paintings on show in a world-first embrace of the artist's various examinations of himself.

'Van Gogh: Self-Portraits' opens on February 3, charting his evolving artistic style over the last three and a half years of his life.

For some of the works, it is the first time they have been brought together since leaving Van Gogh's studio.

An unparalleled period of self-reflection

Curator Karen Serres says this is a rare display.

"This exhibition is the very first exhibition devoted to Van Gogh's self-portraits across his entire career. It seems incredible that there hasn't been an exhibition like that in the past, but it's because these works are so precious to their collections that they're very rarely lent. And so it's been a long time coming," she says.

His red hair, beard and piercing green eyes are thread throughout the paintings. But he presents himself in different ways, sometimes as a well-dressed Parisian, other times as a more humble painter in a smock.

Visitors will notice artistic style changes too as he experimented with different techniques across his limited years as an active artist.

Serres believes Van Gogh's self-portraits are unlike any other.

"He made 35 in the space of only three and a half years. That's really quite unparalleled in the history of art," she says.

"And so we wanted to understand what it was about this genre that appealed to him so much. And actually, what we found is that it was a wonderful way of charting his artistic development over those three and a half years.

"It was the end of his life, but it's really the moment that he came into his own and became the Van Gogh that we know."

Van Gogh wanted to be a portraitist

For Van Gogh, portraiture was the type of painting that made the pinnacle of his profession.

It's likely that he painted so many self-portraits to hone his skills in that area, though one painting that may surprise visitors is his famous chair, considered it to be a 'symbolic' self-portrait, with the plain and humble nature of the furniture a reflection of the artist's identity.

Art critic Tabish Khan says the artist has captured his own struggles and personality in the works.

He died in July 1890 from a gunshot wound that is believed to have been self-inflected. He was just 37 years old.

"I think Van Gogh is such an iconic painter, if you think of someone's self-portraits, you think of Van Gogh, it's so famous and also it's not just his inimitable style, it's also his story," says Khan.

"People love this story of this artist who struggled with mental health, who had a difficult upbringing, a very intense individual, and every portrait you look at, even when he's got a straw hat on to make it look a bit lighter, you can still see he's got that intense stare in his eyes and his angular features."

Van Gogh: Self-Portraits opens at The Courtauld Gallery on February 3 and runs until May 8 2022.