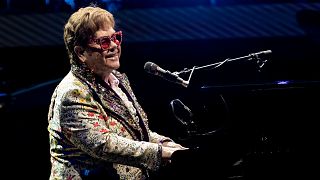 Pop megastar Elton John has postponed two of his concerts in Dallas that are part of his lengthy farewell tour after testing positive for COVID-19 on Tuesday.

"It's always a massive disappointment to move shows and I'm so sorry to anyone who's been inconvenienced by this but I want to keep myself and my team safe," said the 74-year-old British musician in a statement on Instagram.

"Fortunately, I'm fully vaccinated and boosted and my symptoms are mild."

The concerts, part of John's "Farewell Yellow Brick Road" tour, were scheduled for January 25 and January 26.

Both John and the American Airlines Center, where the shows were to take place, said they will be rescheduled and fans should keep their tickets.

John added he expected to be healthy enough to play his show on January 29 in Little Rock, Arkansas.

The tour, which is anticipated to be Sir Elton's last, has run into pandemic-era cancellations and postponements, like many other performing arts events. It kicked off on January 19 in New Orleans and was scheduled to make stops in Houston, Chicago, Detroit, Toronto, New York, and Miami.

John previously said he was postponing European dates on his world tour until 2023 so that he can have an operation on an injured hip.