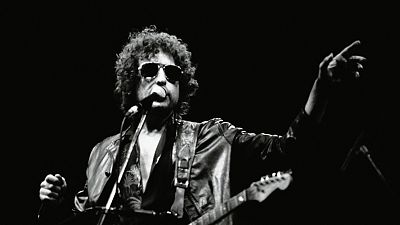 Bob Dylan has sold his entire back catalogue of recorded music to Sony Music Entertainment for an estimated €133 million - €220 million.

Executives at the music giant announced that they had finalised a deal with the Grammy Award-winning singer-songwriter this week to acquire all of his recorded body of work, beginning with his self-titled 1962 album and extending all the way through to 2020's 'Rough and Rowdy Ways'.

In addition, Sony bosses have landed the rights to multiple future new releases.

He joins a growing group of aging artists, including Neil Young, Stevie Nicks and Paul Simon, have sold the rights to their compositions to investors, who seek to capitalize on the opportunities created by music streaming.

Sony and Dylan said they will collaborate on future catalog reissues in the artist's Bootleg Series, which began in 1991 and includes 14 releases.

What does it mean for an artist to sell their back catalogue?

Back in December 2020, Dylan sold his entire publishing catalogue to Universal Music Publishing, the world's second largest behind Sony, for €265 million. This new deal will see him profit from the other half of his music's copyrights.

Publishing rights belong to the owner of the song compositions, whilst recording, or "synchronisation" rights are often already in control of the label.

This can be best illustrated in Taylor Swift's ongoing battle to retain control of her body of work after it was sold in a deal by her former label Big Machine Records and music mogul Scooter Braun. T

The deal they struck was for her publishing rights, or "masters", giving her leeway to complete a series of album re-recordings as she owned the original compositions, creating a new set of "masters" that could not be sold from her.

How will Dylan benefit from the sale?

For an artist of Dylan's status, selling your copyrights can be an incredibly efficient way to cash in on your art instead of holding out for streaming and touring revenues.

Owners in charge of an artist's back catalogue are entitled to the royalty percentages, sponsorship deals, even hologram performances when the artist passes. Those decisions are for them to make, but ultimately they are being trusted that the body of work will be treated with respect.

"Columbia Records and Rob Stringer (chairman of Sony Music Group) have been nothing but good to me for many, many years and a whole lot of records," said the 80-year-old in a statement. "I'm glad that all my recordings can stay where they belong."

"Columbia Records has had a special relationship with Bob Dylan from the beginning of his career and we are tremendously proud and excited to be continuing to grow and evolve our ongoing 60-year partnership," added Stringer.

"Bob is one of music's greatest icons and an artist of unrivalled genius."